What were your best family Halloween memories?

"When I was little, I was a girly girl. So most Halloweens my costume would be something like a princess, cleopatra, angel, etc. Well one October, when I was about 8, while shopping at Hills department store and browsing the Halloween section I came across a mask. It was hideous. It was a big old man head, with scrawny hair, big nose and awful skin. So I put it on and walked up to my dad. He thought this huge, ugly, head looked so funny on a little 8 year old girl that he almost fell over laughing. So I knew I found my costume for that year. When I was at the Halloween parade at the High school track, I ended up winning that year's Ugliest costume!

"I remember my parents looking over at me, proudly, as I was crowned the Ugliest of the night! We had that mask for years and it was always a hit.

My mom wants to add this part: And, a pilot I worked with had a daughter in high school that played in the band so he was at the parade for her. When I saw him on our way out you had your mask off and as I was talking to him I proudly said …that’s my daughter, she won ugliest.  He very seriously said….no, she didn’t and thought I was joking since I had such a pretty face."

"I remember being a witch one year. I must have been 6 or 7. And I vividly remember my dad painting my face completely green and it getting everywhere! Dad was the stay at home dad after having his heart attack young and having to retire the FDNY. He was always in charge of Halloween and our costumes. He would take us to our aunt and uncles where the blocks would be full of kids running around: that was the good candy spot."

"My favorite childhood memory involving my parents would be going trick or treating on a large hill in the country and all the neighbors knew us and would give us a ton of candy, and going to the the pumpkin patch the night before to get ready for Halloween. It was the last Halloween we celebrated as a family before my father passed away." 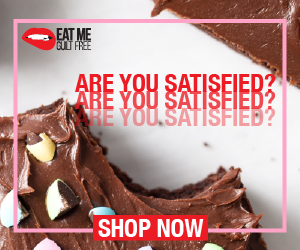 "One parent would take us around trick or treating and the other would stay home to hand out candy. And sometimes my aunt and cousin would come over and walk with us too. I do remember one year when we got back, we were walking up to the porch and I saw my dad sitting there. I knew it was him cause, ya know, my dad. But he was sitting in a sweatshirt with the hood pulled real low and his head bowed so you couldn’t see his face at all. He had been scaring the kids by sitting real still and they thought he was a dummy. So they’d reach out for the bowl of candy then he’d move and scare them. I actually wish I had stayed home to watch."

"Every year my home town had a big Halloween Parade at the high school track. Everyone would dress up in their costumes and we would walk a few laps around the track. Because my Dad was a local police officer he always worked the parade. He was a detective, so I rarely saw him in his official police uniform, but at the parade he always had it on. It made me feel special to get to not only see him in his uniform but also know he was there keeping everyone safe. He also did all of the in school programs for the elementary schools like “Halloween Safety,” “Too Smart for Strangers” and other safety programs. He was essentially a celebrity with the elementary school children.  It was so cool to know that was MY dad."

One time when I was trick-or-treating with my friends, we came across candy bowl in a scarecrow’s lap on someone’s porch. My friends were freaked out by it and refused to go, but I went up to the scarecrow and said ‘it’s really just a scarecrow, look!’ and I slapped its arm around a few times. My friends still hesitated, so I slapped around its leg to convince them further.  After that, they went up to it and the scarecrow got up and yelled ‘AHHH!’ to scare them.I apologized profusely to the man and got extra candy for my bravery, but I seriously didn’t sense any weight so kudos to him for playing along! When I got home, I told my mom about it and she laaaaaaughed. Great memory.