Who Let the Dads Out

In a picturesque market town, a new parenting group is making its mark. Part of a growing movement, ‘Who Let the Dads Out’ resources churches to reach out to dads, father figures and their children. Yet Knaresborough’s division of ‘Who Let the Dads Out’ is even more unique.  Liz Rochester attended a talk by Mark Chester, founder and chairman of the movement. Inspired by him, she felt it was time Gracious Street Methodist Church reached specifically for the dads. While ‘dads leading dads’ is the founder’s ideal set-up, Rochester made the initial plans to run the Knaresborough group. Now she gains a privileged insight into male parenting.

The group is creating space primarily for male parenting.  It can be seen as a chance for dads to really come into their own, focusing solely on their relationship with their children, with no concern about the mothers.  James Pickard is a father of two who attends the Knaresborough group. He said of his family, ‘we are the average family, Mum, Dad, one girl and one boy and I would like to say that is job done. I can’t imagine having anymore. I have been attending Who Let the Dads Out from the start and I love it.’

Pickard said of a typical meeting, ‘the variety at Who Let the Dads Out is great, there is something for everyone. Some of the kids love crafts, some role-play and others sport. The room is set in a way that the kids can chose any. There is a nice chill out area for the young children and the organisers do a great job of putting on bacon butties and coffees for the dads.’

Organiser Rochester shared some of the precious moments already experienced, ‘It’s a relaxed group – no one feels watched or judged – and it tends to be a very happy place. I believe the dads feel more confident and empowered as parents. They feel encouraged by chatting to other dads and sharing stories. I’ve been surprised by how open the dads are in sharing their concerns and hopes with us. The conversation is very easy, both with us and amongst the other dads, considering they are a group who don’t really know each other. Topics of conversation range from holidays, work, sleep, schooling and mental health issues.’  It seems Pickard agrees with this, stating, ‘it offers a platform for dads to converse and share their worries and experiences. As a Dad we do at times need somewhere to vent, this is a great place to do it.’

Pickard has standout memories too from bringing his two children, ‘One of the nicest moments I recall is seeing my five year old daughter taking my eighteen month son by the hand, leading him off to play. She sat with him for the duration of the session and played with no quabbles. Seeing the love they have for each other is amazing.

Rochester believes that children tend to spend less time one-to-one time with their dads, so the group goes some way to readdress the balance. After many years of observing pre-school children at mainly mums’ groups, she thinks there is a difference in interaction when the dads are there. The children appear less clingy and the dynamics of the room are more fluid and less outcome driven. Who Let the Dads Out gives a chance for the children to develop deeper relationships with their dads and Rochester believes she sees an increase in self-worth and confidence as their dads spend time alone with them. Pickard works all week, and describes it as rare to get one on one time with the children. He said, ‘ They are completely different when mum isn’t about, it really helps strengthen the father’s bond.’

Rochester believes male versus female parenting can often be seen as unequal and groups such as this gives a chance for that perspective to be altered. The group, Rochester stated, ‘sometimes has single dads who come and they really appreciate the chance to go somewhere that’s for them, and where they don’t stand out.’

Speaking about her own family experiences, Rochester said, ‘We didn’t have Who Let the Dads Out when my own children were young but my husband made time each month to have a ‘daddy day’ where he did something alone with just one child. The concept is the same. He’s done that since they were small and now, with teenagers aged 13,17 and 19, still does that. The trips to the railway museum have now changed to Lake District walks and theatre visits, often involving a night away. When I mention it to friends they think it’s a great idea, but that their teenagers would find it weird to spend time with just dad. You have to start when they’re young if you want a decent relationship with your teenage and adult children.’

It seems stereotypes are shifting, thanks to the efforts of parenting groups like these, and it seems the groups themselves are becoming more popular all the time. 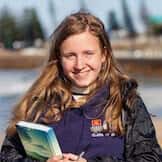