Not too many years ago the idea of taking paternity leave was as outlandish as the idea of the father being present in the room as his child was being born. Nowadays, however, 89 percent of men (according to a Boston College study) want to take time off from work after their babies are born and think it should be paid. This reflects the fact that fathers want to be more involved than ever, with two-thirds believing child rearing should be a shared responsibility by both parents.

Despite this, the take up of paternity leave remains low. Research finds that while half of fathers think men should take paternity leave, only 36% actually take all their permitted leave. Researchers in Japan suggest that this is due to “pluralistic ignorance”, defining it as a “situation in which almost all members of a group privately reject group norms, yet believe that virtually all other group members accept them.”

In other words, almost all men want to take paternity leave and believe they should be able to do so. But the same men believe that their peers don’t agree with them – so they don’t want to take the same risk women take every time they take maternity leave; being considered less committed to their careers and so more at risk of redundancy and/or being looked over for promotion.

When men do take leave to look after their babies, it’s good for everyone. Fathers who take at a least two weeks of paternity leave or more are likely to continue being involved in child caring activities, meaning women are better supported and so more likely to be able to return to work successfully. This is good news for organizations too, as these women stay in the leadership pipeline. And having supportive policies makes it easier to recruit and retain talent: according to Ernst & Young’s global generational survey, 83% of American millennials said they would be more likely to join a company offering such benefits.

Paternity leave may also help the whole family: a study in Sweden showed that each additional month of leave taken by the father increases the mother’s earnings by 6.7 percent. Of course, a partner who understands the stresses and strains of full-time childcare is more likely to support the person left at home.

So how can we make it easier for men to take time off? The most important players here are government: in Chile, Portugal and Italy, paternity leave is not optional — men must take time off when their babies are born. The leadership of organizations has an important role to play too. When employees see leadership taking time off when they need it, and encouraging others to do so, it creates a sense of normalcy that fosters a culture of encouragement and support. This approach can have an exponential effect on participation.

But individuals also have a role to play. Even if you live in a country or work for an organization where paternity leave isn’t yet the “norm” you can help change that.

Be Prepared to Make the (Business) Case

When asking for a raise, the opportunity to work on a new project, a transfer or a promotion you’d spend time thinking about the reasons why this is something the organization should support. You’d identify any obstacles and come up with strategies to avoid or mitigate these. It’s the same when making the case for paternity leave. Think about it from the point of view of the organization and explain what’s in it for them.

Speak Up and Support Others

Men talking with each other about the need for and benefits of paternity leave, as well as their personal experience with it, can be very powerful. But it can’t just be about paternity leave. “The simplest way to overcome the stigmatization around using paternity leave is for all men to be supportive of both their male and female colleagues utilizing parental leave or seeking support for alternative work arrangements,” says China Gorman, CEO of Great Place to Work. “The more supportive everyone can be, the less we’ll see stigmatization of anyone, whether male or female, for taking advantage of family leave programs.”

Do a Cost-Benefit Analysis

The world isn’t perfect. You may, in fact, experience some down-sides to being a pioneer and taking time off to be with your child. Women often do. Those who plough new paths often get some scratches along the way - the question is: “is it worth it?” 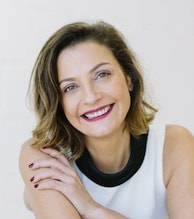 Author, Managing Director and executive coach Dawn Metcalfe isn't afraid of having a difficult conversation. Having lived and worked in seven countries - from growing up in Ireland, to teaching teachers in China, to her now home Dubai - she's had plenty of them. That's why she wrote The HardTalk Handbook. The handbook, her second title, helps us master the science and art of difficult conversations we keep avoiding - no matter culture, background or experience. Known for not being afraid to tell truth, her insights and straight talking have kept her in demand from businesses and government across the Middle East over the last decade. 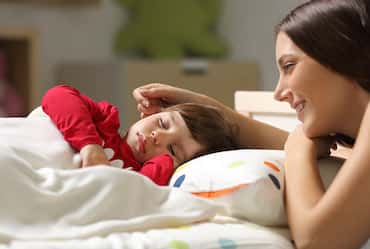