I never imagined that one of the first “sex talks” I’d have with my son would be sitting in a Chick-fil-A booth. But there we were, eating our holy chicken sandwiches when his 10-year-old eyes looked at me and said, “Mom, what’s a condom?”....

“A condom? Where did you hear that?”

“One of my friends at school called my other friend a condom head”.

“Well, honey. A condom kind of looks like a balloon, and it’s something that a boy puts over his penis before having sex so he and the girl don’t get sick or make a baby.”

And that’s when the “me” in him came out and he burst out laughing and said, “hahahahaha what if you pee?!”

“Well then you have a water balloon”.

I had to make a snap decision in that moment. I had to decide how I wanted to handle the “hard” questions. He was growing up. I needed to put together a game plan in 10 seconds flat, and I decided in that moment that I wasn’t going to sugar coat anything and that I was going to be matter of fact and honest. I could give him the information and be nonchalant about it, or I could be squeamish and weird and let him run to his friends and get all of his information from some 12-year-old named “Haiku” or something.

I’ve always been a mostly open book with my children, but it’s hard! You never know if you’re saying the right thing or doing the right thing, and if you say *this* will they hold it against you later? Or if you say *that* will they think you’re un-relatable? What is the fine line of keeping open communication, and still maintaining the respect you need to parent efficiently?

Looking back at my own childhood, the people that I respected and went to with my questions were people that were open, honest, and raw with me. My parents tried to prepare me as best they could with what they had, but asking them things I was genuinely curious about was uncomfortable. My mother demanded respect and what she said, went. There was never a conversation, it was always “do it, or suffer the consequences”. I never have, nor would I ever hold that against her. She was raised that way and it carried over, but it shaped my own parenting because I remember how insignificant I felt when nobody would listen to me. Kids deserve respect, too. Sure, their reasoning can be off and sometimes they don’t understand the big picture, but I’ve found that speaking to my children with respect tends to yield a better result than when I lose my patience and say “BECAUSE I SAID SO!” Talking out your reasoning versus barking out orders helps them to feel valid and significant in their own lives.  They respect you more and want to seek your advice.

My 13 (almost 14) yr. old TALKS to me. He told me about his first kiss. He told me when he started to date a girl he had a crush on and when they broke up. He TELLS me when he has a new crush on someone and how he’s handling it or if one of his friends got busted doing something stupid. He comes to me with questions about vaping, marijuana, sex, masturbation, and alcohol. He’s not afraid to ask me the “hard” questions because I can answer them the same way that I normally interact with him. Matter of factly, and then panic drinking after he goes to bed.

I respect the fact that he is a child that is learning everything for the first time. I never make him feel awkward about his questions. I’m always straight forward and open. Even when some people tell me I’m sharing too much with him. The fact is, we ALL went through it. We were all in that place where we were curious and wanted to know things. One of my greatest accomplishments as a parent is creating an environment for my children where they are not afraid to ask me the hard stuff. I am here to prepare them for the world, no matter how awkward or uncomfortable topics can get. If you do something stupid, don’t fear me. Call me. Let me help you, and we’ll deal with the consequences later. They’re going to make a million mistakes in their lives. I’m 37 and I’m still making them, so I can’t expect them to be perfect. I am still navigating my way through motherhood, but I have high hopes that my boy and I will continue to respect each other and talk openly. It is by far the most rewarding feeling watching your child blossom and grow and STILL want to share it with you. Although, he’ll probably never look at water balloons the same again… 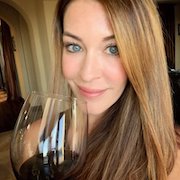 Dayna is a mother of four children. She has 3 boys and 1 girl. She jokingly refers to herself as a “trophy wife” and enjoys making YouTube videos spoofing everyday life.