So You've Been Called Into School

I never thought it would happen so soon into parenthood. You know, the official recognition that my son was not the most perfect child in the universe. But there it was. I was at work when I received the phone call from the school.

Post introduction, I believe the words went something like—“you are not going to like this, but…”. At that second, my mind had already run through every possible scenario of what had happened to him. Being used to the medical field, most of my thoughts were immediately distressing, even though I admit to never actually having seen a decapitation. So, trying to listen carefully through the sound of my pounding chest, I found out that my little Prince rascal had got himself into a fight … with a girl, at that. Gasp.

Whilst super pleased to hear that both bodies were still intact, I was just mortified that at the ripe old age of five, he had temporarily forgotten his moral values, impeccably virtuous family heritage, and apparently every yoga breathing class he had ever attended. Worst of all, however, “he didn’t seem to care!!” proclaimed the Deputy Head. This was getting serious now. My mind flashed to him being imprisoned at the age of 18.

I imagined my psychiatrist friends diagnosing him as a psychopath; the harsh rejection and stern faces of the other mothers—they’d be whisking away their children as we entered the school and they’d probably be lobbying for his expulsion. Sadly, we were no longer A Perfect Family. It cut deep. I was humiliated, and I had failed as a mother, as a psychologist, and as a human being. I knew his father most certainly needed blaming at some point, but I didn’t have the headspace.

I dialled a friend on the way to the school for emergency emotion regulation. She was unnervingly calm, which was so confusing. However, the conversation that ensued lightened the self-imposed cognitive load… and it might help you in the future, when you also find out that your child isn’t entirely perfect either. 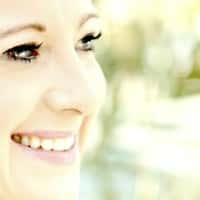