Ships In The Night

When I sat down to write this, I had my metaphors mixed up. It took me on an erroneous though much welcomed lyrical journey. I had the pleasure of listening to Sinatra, who made famous, but didn’t write “Strangers in the night”. Those two strangers, with love just a glance away, a warm embracing dance away, spent a night of lustful passion.

When I finally got to “Tales of the Wayside Inn” by Henry W. Longfellow, I realized I had skipped an entire century and was meant to be poetic, not stuck in the musical aisles. “Ships that pass in the night” was where I was going. For those who don’t know what that means, it’s simply, two people that meet now and again, but it’s a metaphor-laden with gloom.

One of the hardest things I’ve had to accept over the course of fatherhood is change in family dynamics. There isn’t a lot out there that prepares you for a brand-new relationship with your partner, especially not a lot of literature that talks to men. It isn’t easy to prepare for a shift in marital priorities when your priority is meant to be a newborn. I must say, I don’t entirely agree with the way we plan for parenthood.

My wife and I were married for just over four years when we had our little girl. Our journey to spoucery and then parenthood, were filled with unusual challenges. Through them all, we prevailed. We were solid, we could walk a tightrope with our eyes shut. We learnt so much about each other over the years, it was only natural we were going to be amazing parents with an amazing chemistry. We are amazing parents, but it was the new chemistry that took a while.

Partly as a joke but the other part to increase efficiency, my wife and I have set up committees. This gives us the opportunity to master a domain without becoming overwhelmed. We then strategize together, and the synergies start to appear. She is the head of the sleep and I’m the president of feeding. As any parent knows, neither can work in isolation. We are lucky, we tend to agree on most things to do with our little girl, well philosophically anyway.

I remember the day our daughter was born. Aside from being the most magical day in our lives, which goes without saying, it was also the day my wife and I forgot who we were. That night, and for many a night after, we were strangers to each other and had to re-work all that incredible chemistry. She wasn’t just my wife anymore, she was also the mother of my child. I now saw her as a self-sufficient adult that didn’t need all of my love and attention. She missed me, and I missed her. I’m not saying we weren’t having the time of our lives, it was just different. A different I think most couples are unprepared for.

Raising a child is part intuition, a lot of reading and a major part ego. I am the dominant voice in our home, she has a less aggressive approach to life. My wife prefers being well read and prepared for all eventualities, while I have a more empirical disposition. Having a theorist and an experiential learner under one roof can be as incredible as it is disastrous.

I think it’s clear, we went from “Strangers the in the night” to “Ships that pass in the night”. One minute we were swaying to Sinatra, the next we were at our desks, reading Longfellow. We were tired, overwhelmed, cranky and acutely aware that we hadn’t prepared for this. The room was ready, the clothes neatly folded, we had the perfect name, but no one and no book told us to be ready for a new marital chemistry.

The details of our struggle are minutia. Every couple has different pressure points, but the song remains the same. It’s important that we don’t take our years together for granted. It is important that we focus equally on us as we do on our baby. Raising a happy content child is in equal parts the love and attention with which we shower them as it is the effort we make towards our own happiness. And that is why I said earlier, I don’t agree with the way we plan for parenthood. 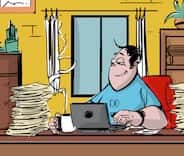 A seasoned automotive marketer and digital media strategist. His greatest loves are his wife & baby girl. Since becoming a father in 2016, he has become fascinated with the world of parenting and the science behind raising well rounded children. He is an advocate for balanced parenting and believes strongly in playing an active role at home.