You’ve likely sat across the table from a keener parent, eager to share their low-to-no screen time philosophy with you. Guilty and a little annoyed you probably don’t care enough to change the way you parent, or the way your tot looks at their screen.

The research is strong, the arguments undeniable… the American Academy of Pediatrics (AAP) even offers “Media Tips” for parents with children growing up in a digital world.

Then walks in heavy-weight Jordan Shapiro, a world-renowned thought leader on global policy and education with a refreshing new perspective.

An ardent advocate for the practical application of digital technology in child development and family life, his new book “The New Childhood: Raising Kids to Thrive in a Connected World”, addresses the real issues parents struggle with in an increasingly tube "lit" world.

We were able to snag a few minutes of "non-screen" talk time with Jordan who very kindly answered our DD readers’ questions.

In conversation with Jordan Shapiro

Q: What would you say to a parent that uses screens and technology as a substitute to being present with their kids?

I know there are a lot of people who say, “never do that,” I’m not nearly as absolute about it. I don’t think there’s anything wrong with occasionally using technology, a video or a video game to keep kids occupied while grown-ups are doing things. Provided there are also times where you are interacting with technology with your kids, that’s totally okay. I think that whole rhetoric of not using the screen as a babysitter comes because a lot of people recognize that some parents only use it as a babysitter and that’s certainly problematic.

If we want to teach kids to have good screen etiquette, good online behavior, good values in their digital lives, they need adult mentorship, guidance and supervision. They also need time to practice alone.

What I’d like to see is a real balance between kids who are using these things alone sometimes, so their parents can get a little rest and also using it with their parents at other times.

There are times when I need to use technology completely alone to distract myself as pure escapism. I might watch Netflix for hours because I need to relax my brain for a while. Then there are other times when I use it for really important social interactions. What we want to do is raise kids who recognize it’s benefit as both and not just one or the other.

Q: What would you say to an educator or teacher struggling with the new wave of innovation and technology in the classroom?

I don’t want to call out and single out educators as the larger problem. I think people in general, all grown-ups tend to get confused between the essential aspects of the things we are doing, and what is the fashion and trend.

Schools are a great example because so much of what we do at school is about teaching people to mediate their experience through tools. Writing is a kind of tool; the symbolic language of algebra is a kind of tool. Math might be something larger, but we do it using tools… we use protractors, we use all these different things.

The real purpose of school is to teach kids how to express themselves using the tools and the languages that are at their disposal.

So, as adults or educators, if you say “hey, I want to maintain these old tools,” you’re really not doing a service. Yes, we need to teach the same math, the same history but we need to teach it in a way that it can be articulated using modern tools. That’s what we have always done.

Q: What would you say to a parent that uses technology all day every day, but restricts their children from using technology? I, personally have a two-year-old who has barely ever interacted with a screen.

If you are using an iPad or a watching a screen with your child, doing tons of interaction with them, then you are still giving them all the things we want in a parent-child interaction. If you’re playing a game on the iPad and talking to them and interacting with them the same way as you’d read a book, there’s nothing wrong with that. This is fine and it’s not like the screen is going to ruin their brain if they see it as a two-year-old.

Parents need to be the model of mature screen engagement. That doesn’t just mean a mature balance between screen time and non-screen time, it also means sending mature text messages, teaching them to interact on social media in a way that they don’t become trolls or bullies. Children need to see how you do that in order for them to say “hey, I want to be like dad.”

Q: What would you say to a parent that had to send their child to Fortnite rehab?

This is always a hard question, but I don’t give the screen addiction narrative too much weight. While I certainly believe it is possible for people to develop unhealthy relationships with their screens, that’s because of a deeper problem in terms of how you think about yourself, how you relate to objects, how you derive your sense of identity, confidence and self-worth.

That’s not because of the screen and the problem is not Fortnite. I would say to parents, “you have a child that potentially has some really deep problems and needs a lot of love, support and guidance and you have to figure that out. Don’t allow a video game to be the scape goat because that isn’t going to make anything better.”

Q: What would you say to the parent of a child that wants to be a YouTube star or an influencer?

When I was growing up I wanted to be a rock star, I had friends who thought they were going to be professional basketball players. It’s normal in a celebrity oriented global culture, that people dream of becoming great celebrities. It is important to support your kids’ dreams but also help them have realistic skills.

It is also important to remember, that while only a few people become the “stars” or professional gamers, there are entire industries around those people. The more you understand the bigger picture, the more likely it is to have a job in the industry. Everyone doesn’t get to be the star and even the stars in most cases, start out understanding the business in broader perspectives. Lady Gaga was writing songs for others, years before she became Lady Gaga.

If your kid loves video games, get them to understand the industry, do the same thing you’d do if they said “hey, I’m going to be the next Bill Gates.”

Tell us about the book:

It's often framed as a pro screen time book, that Jordan loves screens and wants everyone on them. The fact of the matter is, I wrote the 'The New Childhood' for the same concerns as the people who don’t like screens. I was really concerned that we have kids developing unhealthy attitudes and displaying unhealthy behaviors on screens. We have politicians tweeting terrible things in very public ways, things I wouldn’t want to see my kids say.

The book stems from all these concerns. How do we parent better to raise a generation that uses these tools in a way that’s better than they are being used right now? How do we get them to have the deep values that we care about, religious values, philosophical values, values of human camaraderie? How do we get our kids to articulate that with the tools they have?

Good grownups, good parents, good teachers are those who are figuring out how to preserve the things they care about, the essential things of childhood while also adapting to a changing world in it’s changing context.

It’s doesn’t help to say that screens are bad. They aren’t going anywhere. Instead we need to find a way to overcome these challenges and concerns that parents have. That is what the book is about and that’s why I wrote it. 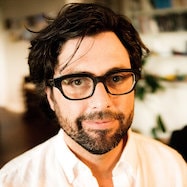 A senior fellow for the Joan Ganz Cooney Center at Sesame Workshop and Professor at Temple University in Philadelphia, he wrote a column for Forbes' on global education and digital play from 2012 to 2017. Shapiro is also a judge on the Varkey Foundation's 'Global Teacher Prize Academy' that awards US $1 Million annually to an exceptional teacher who has made an outstanding contribution to their profession. Photo Credit: Amanda Steinberg