The question remains, what kind of parents do we aspire to become
21 May, 2018 | Chineme Ugbor

I recently asked a few dads what they thought their own fathers would say if asked to define a great father. Here are a few of the answers they gave: Having money, being able to send the kids to school, caring for the family, being a loving husband, being strong, being a disciplinarian and setting boundaries, caring for the extended family. They noted the emphasis from the older generation was on the duties of fathers - what they needed to do for the family.

Then I asked them the same question; what does it mean for you to be a great dad? Being vulnerable, laughing and listening more, being willing to talk about taboo subjects, being more patient, walking my children to school and listening, reading to my kids at night, providing for the family financially, being present, being reliable, reading about parenting because no one has a clue. The common themes now seemed to be about being - who they wanted to be as well as duties they needed to perform.

Years ago, when I started coaching struggling teens, mothers typically made the first phone call and were usually the ones that were more engaged and attuned to the needs of their children. Today, the number of calls we get from dads (both married and divorced, stepdads included) has very slowly but steadily increased. I have found fathers do want to be involved but are still looking for ways to do so in the midst of balancing work pressures. We have learned that simple interventions such as 15-minute weekly updates from our team of coaches via phone/skype or in person during lunch breaks on the academic progress have been helpful. We regularly liaise with teachers and present the information in a clear format so that fathers and their partners can have quality conversations with their children and provide the emotional support they need. Parenting roles are shifting all around the world. Research shows that fathers are increasingly more engaged in their children’s upbringings compared to before and simple interventions can help facilitate this engagement.

Current shifts in gender roles may feel threatening to some, however, it doesn’t mean that what used to be masculine is no longer masculine.

It means we can, if we choose, redefine fatherhood for ourselves. The journey of redefining fatherhood takes time and effort. The case for redefining and expanding notions of fatherhood is important given the mounting evidence of fathers’ impact on children’s positive development. Focusing on the significance of fathers is not to say that children raised in non-traditional family structures and/or with single mothers are missing out. Healthy, thriving children have been raised by single mothers for a long time. This includes women who make a conscious decision to become single mothers surrounded by a supportive community. However, research does show that fathers do contribute to children’s well-being in specific and unique ways that should not be ignored but explored.

Exploring the definition of fatherhood: Questions to start the journey

So much of how we parent is shaped by how we were parented. If we had great fathers, we aspire to be like them, but the majority of us who grew up with less-than-perfect fathers are often determined to do better. The question remains, what kind of parents do we aspire to become? What adult do we wish to see and how can we actively raise such an adult?

Dr. William Pollack, associate clinical professor of psychology at Harvard Medical School and senior clinical consultant on the mental health of men, adolescent males and boys at Cambridge Health Alliance writes: “Fathers are capable of being nurturant, they want to be nurturant, and when they nurture, not only are boys and girls and partners better off... [men] become better people, less depressed people and more of a whole person.”

Here are a few questions that may serve to kick-start the journey of self-exploration: If you are a father reading this article, I encourage you to think back to when you were a boy and answer the following questions:

What do your answers reveal about your upbringing? Aside from our important duties and responsibilities as a father, what kind of father are you committed to being?

Fatherhood requires effort, forethought, support and self-control because children are keen observers; watching our actions, beliefs, and attitudes. Fatherhood should be seen as a gift; an opportunity to constantly improve oneself and when that happens, everyone benefits. 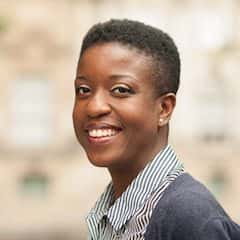 Chineme Ugbor is the Director and Co-Founder of Linden Global Education. She leads a growing team of international coaches that provide online and onsite holistic support to international schools and young people of all backgrounds with the skills and tools to become responsible leaders of tomorrow.