Parenting Regrets - The Reflective, The Wistful, The Heartbreaking

Here’s the thing – regrets can be futile, uninspiring, pessimistic. If only, I wish, I should have can ring through your mind on a constant loop if you let them. But they can also serve their purpose. They can be used as a positive resource – to help guide others who may be going down a similar path. In this sense, they can be supremely productive.

The following listed regrets run the gamut – from tongue-in-cheek (I should never have taught my daughter how to talk) to wistfully insightful (I should have been more encouraging when my child offered to help with chores) to starkly honest (I wish I’d been less heavy-handed in my discipline) to downright gut-wrenching (If only I had known how short a time I would have with my son – I would have laughed more, hugged him more and told him I loved him every single day.)

No matter the level of seriousness, all parenting regrets share several things in common: they prove that we, as parents, are on a path with many choices and avenues available to us; they serve as possible life lessons for others; and of course, they are a reminder – that we are all human and no matter what – are often imperfect in our thoughts and actions.

I truly wish I had put my foot down on my mother being in the delivery room when I gave birth to my first child. She (my mother) has always been somewhat domineering and is most-definitely a know-it-all. I figured it would just be easier to agree rather than take a stand – I was pregnant and vulnerable and exhausted. My poor husband was basically pushed to the sidelines while our son was being born. I will say this though – I did end up standing up for myself as well as my family (my mother did not attend the births of my other two children). I won’t lie – she did not take it well because I’ve always been a push-over. But we are at a good place now. I wish I had done it years ago!

When our son was born we did without a pacifier, as we were told the baby could become dependent on it – blah blah blah. So instead, we let him suck his thumb and this habit continued for years! Helping him break this bad habit was so much harder than it would have been had we given him a pacifier – at least we could have taken the pacifier away!

When my son was two and my daughter a newborn, my husband took an amazing job opportunity in another country. Only now – 15 years later, I’ve been thinking about what we (as a family) gave up. We left all of our family – and even though we’ve made extremely good friends – it’s not the same thing. My kids’ relationship with their grandparents is based on only a few visits throughout their lives. And they’ve never even met many people that were so instrumental to me in my earlier life.

Not my finest moment as a mother: when I gave birth to my third child, my oldest son was in Grade one and my middle daughter was three-and-a-half. I’ll blame it on lack of sleep and typical feelings of being overwhelmed – but I took out a lot of my frustrations on my little girl. She was still so needy and seemed to always be underfoot. I’m ashamed to admit that it got to the point that she was afraid to ask me for help tying her shoes or zipping up her coat in case I would lose my sh**. It seemed like every night, I would sit on her bed to tuck her in – and I would be apologizing to her for the way I behaved – and every night she would look at me and say: “It’s okay, mommy”. It makes me cry even now – all these years later – just thinking about it.

I had the choice of being induced with my daughter in December or January. At the time, I was considering the soaring costs of childcare – and if I gave birth in December that would mean she’d go to school a year earlier which meant less daycare expenses. It definitely felt like a solid choice at the time, so I went with it. I didn’t realize how this would affect her future – it meant she was only three-years-old when she started kindergarten. Now my daughter is the youngest in everything she does, and I hate myself for it!

My biggest parenting regret is getting my son an iPad when he turned eight. It’s been a battle to get him off of it ever since. It’s seriously the only thing we argue about. Also, I sometimes wonder about the fact that I let him overhear my adult (and sometimes inappropriate) conversations and jokes.

I always wished we had come up with a family cheer or a family saying like you often see in the movies. Something like “Hempels never give up!” or a personalized saying when I’m tucking my kids into bed – like “I love you to the moon and back” – but much more original. Silly, I know, but I feel a pang of regret whenever I see great scenes like these in the movies!

The day I found out I was pregnant with our first, my husband and I booked a last-minute getaway to Hawaii. We figured it was the perfect way to celebrate – and it would probably be a while before we’d be travelling again. A few days into our trip, I suffered a miscarriage. I know this could have happened even if we had stayed at home – but still, I’ve always blamed myself and wondered “what if?”

One thing I wish I could go back in time and change is the bar I initially set with my children in terms of Christmas gifts and birthday parties. It was fine when I had one kid and they were spoiled rotten with tonnes of presents and birthday parties where 30-plus kids were invited. But I currently have four kids – and these celebrations leave me feeling overwhelmed and exhausted!

My kids are now both in their 30s – and I’ve been harboring a major regret for the past 20 years. If I could go back in time, I would be sure to tell my daughter how much I loved her. I would have taken more time from my schedule to spend with her. I would have found common ground between the two of us. Instead, I focused most of my time and energy on my son. In my eyes he was the golden boy – he was an excellent student, he was an amazing athlete, he was ambitious – he was easy to love and easy to parent. My major mistake was believing that parenting should be easy. My daughter was more difficult – so I left her alone. She was a troubled teenager and in hindsight, I see now how desperately she needed her father. Thankfully, she has become a well-adjusted and successful adult – and a wonderful mother herself. But still, our relationship is not as close and loving as I wish it was. And I take full responsibility for this. For any parents out there – don’t take the easy way out. When your child misbehaves or disappoints or rebels or acts out – know that they need you – more than ever!

When my daughter was eight months old, I went back to work. At the time, it felt like the right decision as I was bored at home – not to mention that I was the breadwinner. The nanny that I hired (who was wonderful) was the one who witnessed her first steps, who potty-trained her, who cuddled her when she cried. Sometimes, I think about this and feel like I really missed out!

Some of my parenting regrets: I used tv as a babysitter more than I’d like to admit. Sometimes, I just needed to do nothing at the end of the day after work so I’d put a movie on that the kids couldn’t resist so I wouldn’t have to take them to the park. I had a secret stash of the newest movies just for the occasion. Also, I never liked the way I look in pictures so I’m typically the family photographer. But this comes with the price of barely having any photos of the kids and me together. But my biggest regret was the fact that I had a hard time coping with stress when my kids were little. I was often frazzled with work and my husband worked long hours and was always travelling. I can still remember becoming overwhelmed and losing it over things that weren’t even the kids’ fault. Once when my son was seven, he threw up all over the floor. I was yelling and crying about how I wasn’t going to clean up the mess and that my husband would have to deal with it when he got home. I still remember the look on my son’s face – he was so confused because he was the one who was sick. It was terrible, and I wish I could take it back. There were several episodes like this one and my behavior always left me feeling guilty because my husband never yelled or lost his temper with the kids. Ever. I eventually changed the way I worked – I reduced my hours and began working from home. It made a difference, but it doesn’t change some of these moments that I can never take back.

*Some names have been changed. 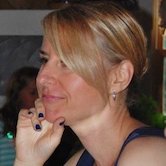 Tanya is a Canadian freelance writer as well as mother to three. She spends most days cooking, cleaning, driving and refereeing arguments and once in a while finds some precious free time to write and watch movies. Catch her blog at www.pencilsandpopcans.com Author