Autism Spectrum Disorders (ASD) have increased significantly over the past two decades and are reported to be the “fastest growing childhood neurodevelopmental disorders” (Harris, Barton, & Albert, 2014, p. 1275). While some variation exists among research studies, it is now estimated that 1 in 160 children worldwide has a diagnosis of ASD (World Health Organization, 2017). Although school and mental health professionals are often credited with the identification of and intervention for children with ASD, parents play an early and essential role in recognizing behaviors associated with ASD, implementing treatment, and influencing the developmental progress of their children (Braunstein, Peniston, Perelman, & Cassano, 2013; Flippin & Crasis, 2011). Historically, the research conducted on raising children with ASD has focused on mothers since they have been considered the primary caregivers within the home (Cassano, Adrian, Veits, & Zeman, 2006). However, as the recent generation of fathers has become more directly involved with their children, there has been a shift to include an emphasis on the father’s role in parenting children with ASD as well as addressing the support needs of fathers.

While being a parent of a child with a disability is commonly associated with distinct and, at times, overwhelming challenges, fathers of children with ASD have reported a variety of benefits that are also a part of their experiences as parents. In an honest expression of the trials of being a father of a child with ASD, fathers have spoken of the need to adjust their expectations for their children, to alter their hopes and dreams for future endeavors, and to overcome feelings of jealousy toward fathers of typically developing children (Cheuk & Lashewicz, 2016; Shave & Lashewicz, 2016). Time, emotional, and financial demands are also listed among the concerns noted by fathers. In the midst of the day-to-day challenges, however, fathers recognize the importance of celebrating the developmental achievements of their children no matter how great or small. Relatedly, fathers have expressed a heightened sense of gratitude for their children’s accomplishments and have learned not to take such achievements for granted. While emotional and physical strain can have devastating effects on family relationships, fathers report that engaging more directly with their child and working in close partnership with their spouses both to support the child and one another have reinforced family relationships (Shave & Lashewicz, 2016).

From infancy to adolescence, fathers offer a substantial and unique influence on the developmental processes for their typically developing children (Cassano et al., 2006; Flippin & Crais, 2011; Potter, 2017; Roggman, Boyce, Cook, Christiansen, & Jones, 2004). Such contributions to the developmental processes of children are made through interactions of oral communication and play. Although the majority of the studies on the developmental domains in infants and children have been conducted with fathers and their typically developing children, researchers believe that fathers’ communication and play styles are likely to support positive outcomes for children with ASD as well (Flippin & Crais, 2011).

A child’s linguistic, cognitive, social, and emotional development is stimulated through adult interaction beginning at infancy. Although deficits in either or all of these domains exist among children with ASD, language deficits are most notable among children within this population. Enabling children to develop communication skills is therefore vital. The unique, yet complementary, communication styles of both mothers and fathers are essential for children’s language acquisition with the quantity and quality of the early communication exchanges between parent and child being especially important for children with a diagnosis of ASD (Flippin & Crais, 2011; Siller & Sigman, 2002). According to Flippin and Crais, “fathers offer distinctive language models, which make important contributions to children’s language development” (p. 26). Compared to mothers, fathers’ use of language differs in terms of structure, vocabulary, and complexity. Higher level, more diverse, and abstract vocabulary is often contained within complex sentence structures. While mothers tend to ask questions that can be answered with “yes” or “no”, it is common for fathers to ask more complex questions using “who, what, when, where, why, and how” (Flippin and Crais, 2011). Finally, although mothers tend to ignore communication errors made by children, fathers are more likely to use errors as instructional opportunities through repetition, modeling the correct response, or asking for clarification (Flippin and Crais, 2011). Such instruction is beneficial for clear communication as well as assisting children with ASD to develop an awareness of the impact of their communication on others.

Following the significance of oral communication between parent and child, “play is one of the most significant tasks of child development, requiring cognitive, social, and emotional skills, and parents have an integral role in the development of their child’s play skills” (Flippin and Crais, 2011, p. 32). Since fathers are considered to be their child’s first and primary play partner, they are in a distinct position to use play to enhance their children’s development as they explore their environments and acquire knowledge and skills (Roggman, et al., 2004). The interaction of fathers and their children during play may be especially relevant for children with ASD. As fathers enable their children to develop skills associated with play, they also provide an opportunity for enhanced socioemotional and communication outcomes in the future (Toth, Munson, Meltzoff, & Dawson, 2006). Another important feature of father play styles is their tendency to generate creative activities that extend beyond conventional procedures (Flippin and Crais, 2011). Such variation in play is associated with increased cognitive stimulation and emotional support for children (Roggman et al., 2004).

Research conducted on parenting children with ASD provides several recommendations for supporting fathers as they invest themselves in the lives of their children. One avenue is the support group setting which is designed to provide an environment in which fathers can benefit from the expertise, experience, and encouragement obtained through relationships with other parents (McCabe, 2008). Interactions provide opportunities for mutual learning as well as expressions of empathy and acceptance (McCabe, 2008). The latter is especially important in countries where a social stigma toward children with disabilities and their parents exists. Support groups can provide a foundation that enables fathers to persevere through the trials and a platform from which they can share their successes. Fathers themselves recommend seeking opportunities to engage in weekend recreational activities with both dads and their children participating, thus providing them with social interaction that is needed but not easily accessible (Shave & Lashewicz, 2016). Activity-based support has the potential of diverting some of the strain of day-to-day challenges while providing mental, emotional, and physical refreshment. Fathers endorse father-to-father relationships particularly with those who are just coming to terms with their child’s ASD diagnosis. In one-on-one mentoring opportunities, fathers are able to share their experiences with fathers newer to the experience of having a child with ASD (Shave & Lashewicz, 2016). Formal training programs are available to assist parents in providing intervention at home for their children with ASD. Such programs are typically offered through community-based programs or schools. Researchers point out, however, that participants in training programs are almost exclusively mothers (Flippin & Crais, 2011). Fathers are encouraged to investigate what training opportunities that are available to them in their area and to make every effort to maximize those services.

Debbie is a U.S. certified school psychologist with 33 years of experience in general and special education. Her work includes administration of diagnostic assessments and providing academic, behavioral, emotional, and social skills interventions for students in grades 1-12. In addition, Debbie enjoys collaborating with parents and teachers in developing and implementing effective intervention plans for the home and classroom settings. Debbie currently works with Linden Global Learning Support Services, an online and onsite learning support agency based in Berlin, Germany. 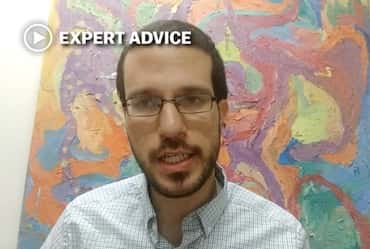 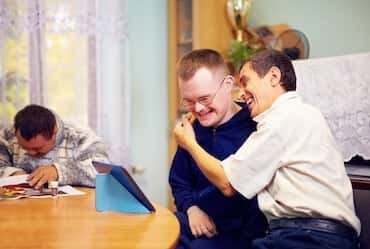 Special Educational Needs
What does life hold in store for young men leaving the school system with special educational needs?