My Son the Drag Queen

People often ask me when I knew my son was gay. I knew from the time that he was four-years-old and would walk around the house in his sister’s pink leotard and matching tutu!  From a young age, he was singing and dancing in local community theatre productions.  The people he met doing theatre were very diverse and welcoming to anyone who was part of the LGBTQ community. My son was able to be himself and never had to worry about pretending to be a “boy’s boy.”

When he was in 4th grade, I found some pictures on his phone that confirmed what I already knew… he was attracted to men. I remember crying, but not because he was gay, but because I knew that life would be more difficult for him. It was around that time that he told me that he liked dressing up as a girl and putting on my make-up. I asked him if he wanted to be a girl, and he said, “No way, I love being a boy.”

As a single mother, my son and I have always had a close relationship, and I never wanted him to be ashamed of who he was, so I bought him his own make up and let him wear dresses at home. He wanted to be a drag queen before “RuPaul’s Drag Race” made it more socially acceptable. He would sit at the dinner table or watch TV in full make up and wigs, and my family reacted as if nothing was different, even my traditional father showed him unconditional love and never made him feel self-conscious.

He came out as a drag queen before coming out as gay.  He always teases me that I stole his big “coming out moment,” because in 6th grade we were driving home from a cast party and I said to him, “You know everyone thinks you are gay, are you alright with that?” And that was it, he was officially out! At thirteen-years-old, he had his Bar Mitzvah and gave a speech about legalizing gay marriage that was so beautiful, the whole congregation praised him for being so brave.

He was part of a performing arts troupe in middle school and wanted to sing a song from the musical “Kinky Boots” in drag at a regional competition.  The director said that he could wear make up but had to dress as a boy. So, he came out to sing his song wearing bright red lipstick and received a standing ovation.  But what stands out in my memory the most is the fact that the other boys in his performing group showed their support for him by wearing bright red lipstick themselves! Boy did I cry. One thing that I can say for certain is that he has never pretended to be something he is not, and he has become a role model in the process.

In high school, he wanted to attend Pride events in full drag. In the drag community it is common for someone older and more experienced to become your “drag mom.” He has a very loving and kind drag mother, BF, named after streets in our home town. BF was his acting teacher at camp and has known my sopn since elementary school. B answered all of his questions that I could not, and to this day, I am so grateful for his help and support. That is how he got his drag name “AF” and loves being BF’s drag daughter.

The first time my son attended Pride as AF, I was so nervous for him. There were people protesting and holding up signs that were hateful. But it did not faze him, and people treated him like a celebrity, asking for his autograph and getting pictures taken with him. It turns out that I had nothing to worry about and AF became a staple in the drag queen community.

My son is a senior at a performing arts high school, and he has attended the last two school proms as AF, and although his school is mixed with kids from the inner city, not a negative word was said about him and he had a blast!

So many times, people give me praise for letting him be AF, but it is not me that deserves the applause. It is him. He has always been true to himself and proud of who he is. He is an advocate for LGBTQ rights and served on a committee at the school board about letting transgender students use the bathrooms they felt most comfortable in. It never occurred to me not to show him the unconditional love and support that he deserves. He has brought happiness, fun and diversity into my life, and for that I am eternally grateful. 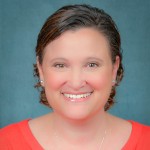 Functional Randi has been a therapist for over twenty years and has worked with both teens and adults. Randi recently started her own blog, www.functionalrandi.com, where she writes about parenting, self-help and mental health issues. She is the mother of two children, who have provided her with great material to tweet about. You can follow her on Twitter at @ICantEven01.