Isn't Everyone a Crap Dad in the Beginning?

I’m standing in a delivery room. My wife is a few feet nearby, but feels to me like she’s a million miles away. Like in a film where I can see her but I can’t quite touch her. There are doctors and nurses all fussing around. People everywhere. They’re all talking loudly. Calm but loud at the same time. My poor wife, drugged up to the eyeballs, doesn’t quite know what’s happening, she’s looking at me for some kind of direction. Some kind of reassurance. But I don’t know what to say. I’m frozen in the spot.

I sense a hand on my arm. It’s gripping me, not too tight but tight enough to hold me steady. I think someone is talking to me but I can’t really hear the words. My baby, no, our baby is struggling somehow. The heart rate rapidly and dangerously dropping. There’s talk of a caesarean section and needing to get the baby out really quickly.

I imagine my wife as a Formula One race car, I hate Formula One, but it’s the only way I can describe the situation. There’s doctors and specialists all doing their jobs. The priority of course is my wife and our baby. I’m just on the outside looking in. Is this the start of how things might be? My role right now is vague, clouded by fear I’m probably supposed to know what to do and what to say. I feel myself longing for the good old days when the men went down to the pub during child birth. The call from the hospital briefly interrupting the rounds of drinks. ‘Congratulations Mr Sedgwick, it’s a baby girl’, ‘Great, let’s get another beer in and I’ll head to the hospital later’… I want to be here, I have to be here. But I also want to close my eyes and for it to all be over.

What a weak person I must be. My wife, going through all this and I’m standing here thinking about a beer. Or maybe two.

It’s all ok of course in the end. The midwives are, as always, amazing. The doctors calm and considerate and within about 20 minutes I’m standing, holding my beautiful baby daughter in my arms. Unsure what to do with my hands I nervously smile for the camera. I’m a Dad. I’m a f**king Dad!

Obviously, I’d known this moment was coming, that would be really weird if I didn’t, but now it finally feels real. Like really real. And there’s adrenalin, like no other adrenalin I’ve ever felt, coursing through my veins. Days of being in hospital with semi sleepless nights and the constant need to update worried parents was taking its toll. I’d known that my role was to text everyone back, while my wife suffered in constant pain. So far, my role has been texting and worrying, a role I had perfected.

I returned home that evening to our home in Manchester. It was so quiet. I tried to get the day’s newspapers from the local shop as a keepsake for my baby but the man behind the counter was rude. He mentioned something about them all being out the back and he was too tired to get them. I think for a moment. I’m a Dad now. I need to be firm and argue with him. ‘Go and get them right away, this is my daughter we’re talking about, I AM A DAD NOW’. But I’m also a bloody tired Dad, so I placed four cans of warm lager on the counter and muttered something rude under my breath. What a crappy Dad, I thought. But a crappy Dad with beer. Things are looking up a bit at least.

The next few days, weeks even are a bit of a blur. The life we once knew is completely gone. Our entire world is taken up by this tiny little human. All pink skin, dirty nappies and strange noises. I split my time between hovering over her trying to check if she’s still breathing and making futile attempts to do Dad like things, such as taking pictures or texting relatives. I have no idea what to do. But my wife seems to take to it like a duck to water. Holding her like she’s always done it. Patience, calmness, laughter. She’s either very good at faking it or she’s just very good! I try to fake it as well. A clumsy attempt to rock her during a particularly bad crying fit almost results in me dropping her. A Dad who almost drops his three-week-old daughter, what was I doing? A Dad with 457 new photos on his mobile phone. A Dad who couldn’t get a newspaper from the day his first child was born. I consider going and hitting the guy at the newsagent. But quickly realise he’s twice my size and half my age. I send another thank you text to an Aunty who we never see but who has sent a nice knitted hat… in blue.

It gets easier, well a little bit I guess. The roles slowly start to make a bit more sense. I quickly began to realise that mine is to not ask any questions about anything at all, but to try and go along with everything as best I can, with minimum fuss. Neither of us knew what we were doing really. But that’s fine. We are both in this together and the sense of fear and uncertainty is holding us there. A small human being completely dependent on us both, is fine. Entirely normal and nothing to worry about in the slightest. Then I’m back at work. Back to doing what I know I can do and leaving my wife and child at home. I have to do this of course, earn a living that is. But now it’s about earning for my family, no longer for myself. Being the bread winner and bringing home the bacon (shit I forgot the bacon!). My role is definitely to just go to work and get out of the way as much as possible.

However, fast forward a few years and here we are. A beautiful daughter who turns three in a few months and a family life that’s slowly beginning to gain some sense of normality, whatever normality is or was. I joke a little about being a crap Dad. Of course, I say it with a sense of sarcasm. But it is true that the fear of becoming a new parent is similar whether you’re a man or a woman. A mum or a dad. That concern about doing the right thing for your child is just as important for a father as it is a mother. It’s just we don’t tend to admit it really. To admit it would be to admit we don’t know what we’re doing and us blokes find that a bit hard. It is bloody hard though. But it’s also bloody rewarding.

And I make a promise to myself that I’ll do just that. I will make more time for her. I will get home from work earlier. I’ll take less on in the office. I’ll live ‘in the moment’ more… but just right after I finish this bloody text to my aunty.

Dave Sedgwick is a British dad of one living in Manchester in the UK. He runs his own graphic design studio and lectures part-time at Huddersfield University. 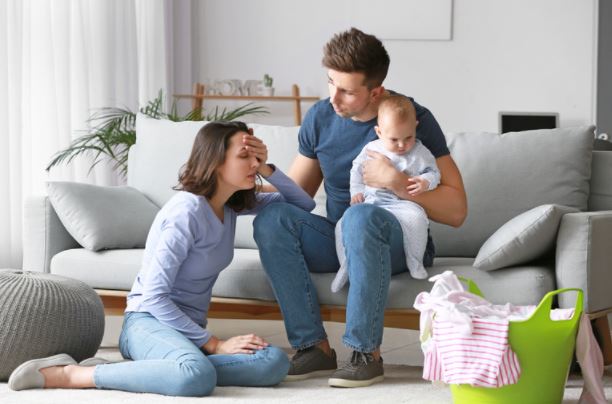 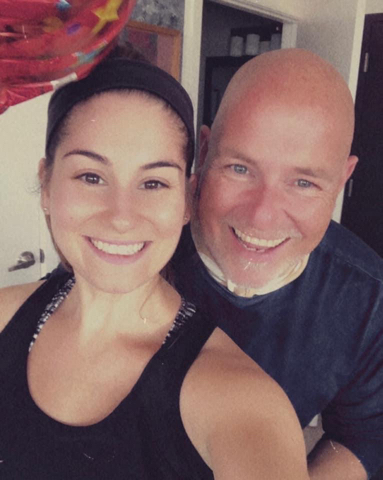 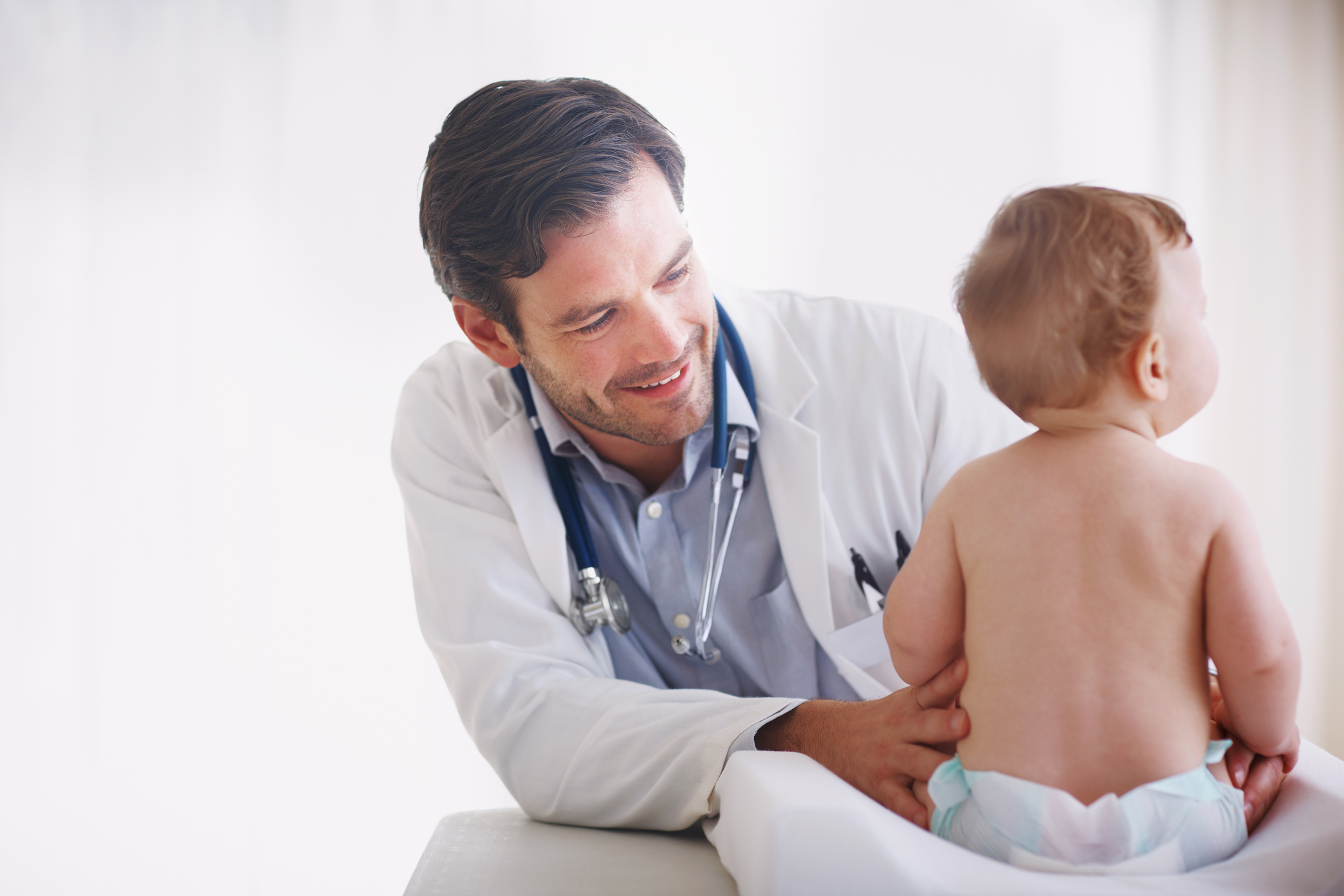 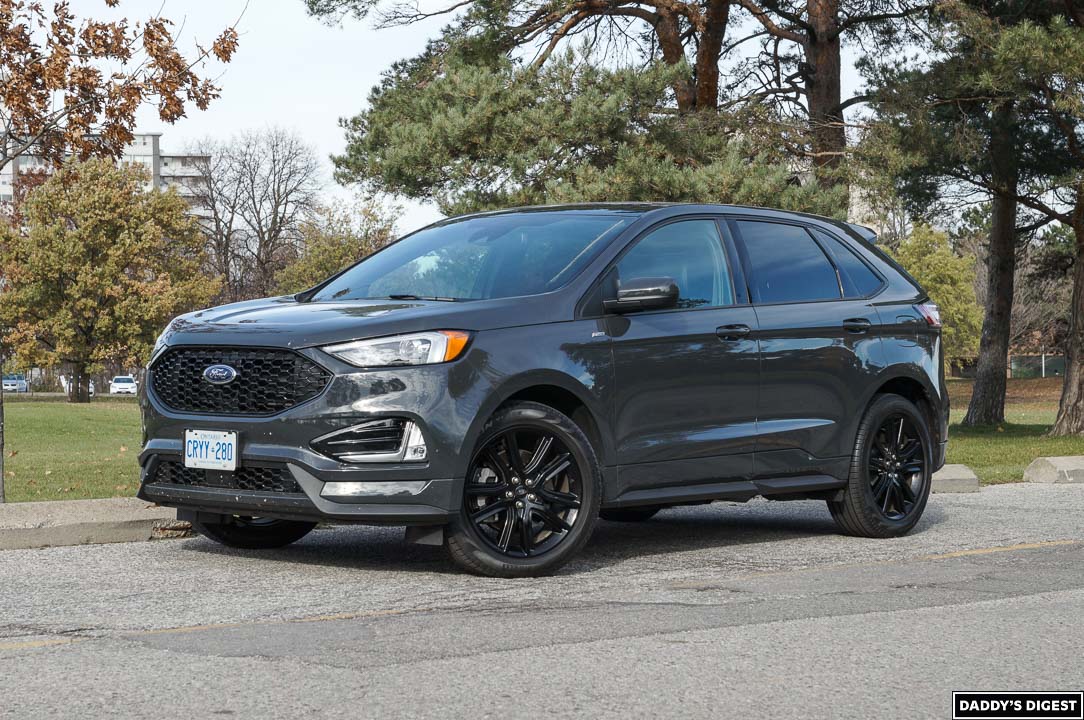