I Wish I Had Known That Dads Get Postnatal Depression Too

My battles with mental health have been many and varied since my teens but for now I will tell briefly only of a battle that was brought to mind as I drove down to Brighton on Monday night.

I was listening to Radio Five Live and they asked, ‘what was the one thing you wish you had been told before you became a father?’

I didn’t have to think long. I wish I had known that dads get depression too, specifically post-natal depression.

I knew about depression, I had lived with it on and off throughout my 20s. And I thought I knew all about post-natal depression; my wife was in a high-risk category and we wanted to be prepared.

I clung on for dear life but frequently my grip would loosen. The longer my silence went on the more my PND distorted reality; I wondered how any man survived fatherhood if this was how it felt. Alongside the darkness, in my mind every flaw and every failing - real or otherwise (it turns out mostly otherwise) - was exposed, magnified and feasted on by my depression.

In my daughter’s loving gaze, I felt I could return only helplessness, ‘she deserves so much more than you could ever give her’ is what my PND persistently whispered in my ear. After years of freelancing, I finally succumbed and signed a full-time contract with a newspaper. The first place I turned was to the ‘death in service’ clause. I, at last, felt I could be useful to my family.

Giving voice to my depression probably saved my life. I took my daughter for her check-up at our county health center, as the review was coming to an end, the nursery nurse said, ‘And how are you, dad?’

I think it was the first time I had been asked that question and, disarmed by her empathy, I didn’t just say, ‘I’m fine’. I told her what was inside me. She told me I wasn’t alone. She told me more about male PND. She gave me a number to call. She called me to check I had called that number. She left voicemail after voicemail.

Eventually I called the number. That was three years ago. Right now, my daughter is beside me on the sofa flat out after a lunchtime spent dancing to our favorite Disney playlist. Today with her is precious beyond compare and being part of The Hoxby Collective – a virtual agency consisting of a global community of freelancers - means I get to enjoy more moments with my daughter than I thought possible. And because I finally got help I get to experience more moments with her than I ever thought probable.

I still suffer bouts of depression but these days it is closer to an unwanted guest that stays too long rather than a squatter who looks like never leaving. No matter how dark it gets, experience has conditioned me to keep a light on within my brain that reminds me that this darkness is a fiction and that this too shall pass.

This is also where being a Hoxby has provided an extra shield. I describe my bouts as ‘the unplugging of my soul’. I am getting better at charting ‘unpluggings’ (normally after a period of irrational exultant high) but mostly they are unpredictable. When I had a ‘proper’ job and my soul unplugged I had to hide in a toilet cubicle curled up on the floor on a level far from my desk quietly weeping hoping no one would find me.

Now because I work from home, or occasionally a co-working space, I don’t have to hide nor, do I have to panic about being caught unplugged. In fact, I am convinced that both factors help keep the darkness at bay. I go back to my doctor next week and I think she will feel the same.

We can never have too many voices talking about mental health.

Research has shown that two thirds of us experience a mental health problem in our lifetimes, and stress is a key factor in this.

“By tackling stress, we can go a long way to tackle mental health problems such as anxiety and depression and, in some instances, self-harm and suicide.” 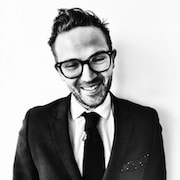 Matthew Fearon, father, and co-parent is an Associate with The Hoxby Collective. 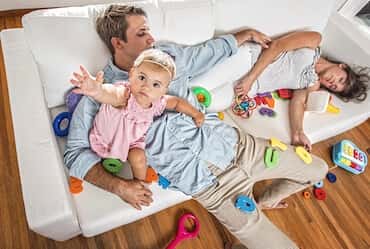 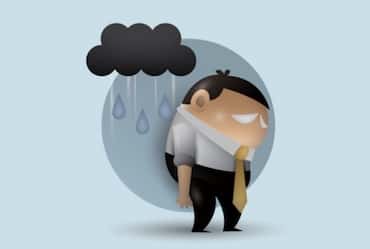