How I Became a Stay-at-Home Dad in my Fifties

I was sitting in my favourite café in Hua Hin in Thailand watching the mighty reds take on Arsenal while my wife, thirteen-year-old daughter and her friend were across the street getting their nails done (not a usual ritual, but one my daughter takes advantage of when on holiday and she knows I couldn’t be bothered to argue with her) and I glanced down at my phone to see a message from my mate at work, Tom. Guessing that it contained a barrage of abuse about Liverpool because my team were losing, I decided to ignore it for a few minutes then the curiosity got the better of me. I got it wrong, it wasn’t about football at all. It was about something a lot less serious. He said, “Have you heard? They’re making a new round of redundancies and our department is being hit.”

I can honestly say at fifty five, I never thought I’d become a stay-at-home dad and the primary caregiver to our teenage daughter while my wife works.

Although, I’d dreamed about the idea on many occasions, especially on the days I had to go into work and my wife (who quit her job and took some time off before starting her own business) would tell me about her plans for the day: ‘After the school run I’m meeting such and such for a coffee and then I’ll pop to the mall. I’ll see you at 7 pm.’

After leaving school at eighteen, I went straight into working for one of the ‘Big four’ UK banks where I coincidently met my wife of soon to be thirty years. When our daughter was born some years later, I was considered to be an ‘older’ Dad at forty-two and it sparked a chain of events that changed life as I knew it. I moved from a shift-based role to a new day-based position which freed up time on weekends and gave our lives more of a routine. Then, when a promotion opportunity for a senior management role with a global bank became available in Dubai in the summer of 2008, I grabbed it with both hands. My wife, who was also keen to live in the former tax-free haven also got a job pretty quickly.

We were both bursting with excitement about our new lifestyle in the sun. She began teaching at a British school which our daughter also attended, and we moved into a villa with a communal swimming pool and park around the corner. It is a fantastic place to bring up a family and the bonds you make with new friends are for life given the ‘trenches’ mentality expats adopt. It is also a transient place with an imaginary revolving door, people can depart as fast as they arrive.

After several career moves culminating with my wife setting up her own business in late 2016, I began to hear rumblings of various roles, including my own moving to India. Despite all the noise, it wasn’t until that day in Thailand that the reality hit me, and hard. Time’s up I thought. After almost 40 years in the banking industry, it was time to ‘cash in the chips’ and move back home to the UK. In one sense the decision was taken for us. My daughter had GSCEs on the horizon and there was a more positive job market for me in the UK compared to the Middle East.

Not long after arriving back in the UK, my wife accepted a senior role with a charity whilst my job search began but I quickly realised it wasn’t going to be easy. I decided that I’d become a stay-at-home-dad. I’m not sure if there is a job description for this role but it requires lots of attributes for not much pay! The additional time I get to spend with our daughter is the main reward but it’s not without its challenges. Being at home more provides a window into the medley of issues tumbling around a teenager’s head, things I probably wouldn’t have noticed if I was still working full-time. The ability to maintain a who’s who of her friends is crucial. The subject of and who is being referred to in any story is a pre-requisite and far more interesting than the daily challenges of life in a big bank.

Time management is also essential, in fact, it’s an art! By sorting the washing, including the quirks of the washing machine, to tidying rooms, making beds, the obligatory hoovering, ironing, planning of the evening meal and the trip to the shops for the contents there is no time for the stereotypical afternoon TV, much to my disappointment! There is a strange little sub-world that takes place around your home that you miss out on while you are at work. From the bollards that suddenly appear protecting a hole in the ground outside your front door, to people watching the most unexpected of goings-on in your street.

To sum up, if you get the chance to be a stay-at-home-dad whether planned or unexpected then take it, even for a short while as it will change your thinking as a parent and a spouse. I keep reminding myself that I’ll only get to play this part once, in a few years my daughter will be off living her own life and I won’t get the chance to fight with her, make her lunch and laugh with her about her day! 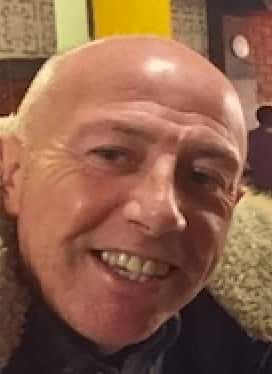 David Curran is a former senior IT consultant for a major international bank turned stay-at-home Dad. After living in the Middle East for ten years, he recently returned to his native Liverpool in the UK where he lives with his wife and their 13-year-old daughter.