As we gear up for indoor season, it’s a great time to make your winter movie list for you and your kids. Our recommendation? You can't go wrong picking some absolute classics from the 1980s and 90s. When we made this list, we were imagining a 12+ audience in mind, but please decide what you feel is appropriate for your child based on their needs and interests.

Here is our list of the Best Movies from the 80s and 90s to Watch with Your Teenager:

8. Back to the Future 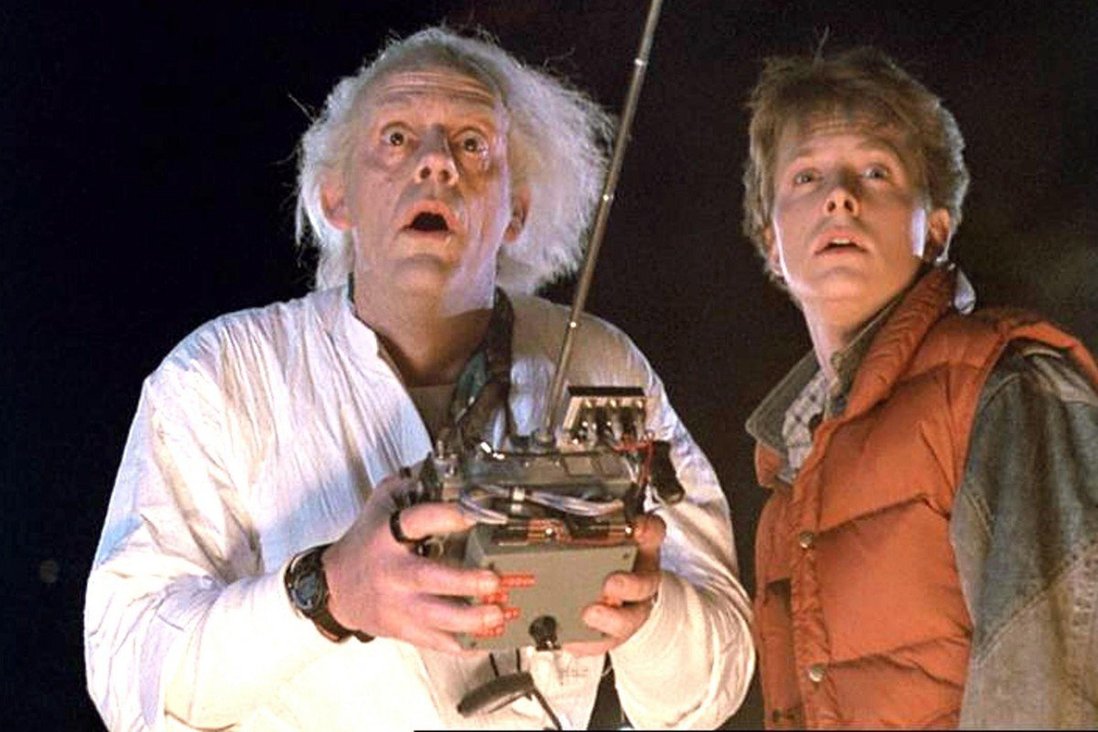 Back to the Future is a three-part movie series featuring a mad scientist who invests an awesome time travelling car (otherwise known as the Delorean). Teenager Marty McFly (Michael J. Fox) ends up going on some wacky adventures by accident and has his way back to the future, without messing everything up along the way. Reasons to watch the series with your teen? Appreciate the great car, the cheesy 80s, 90s, and future outfits and their perception of what our future would look like. Time travel is always fun. 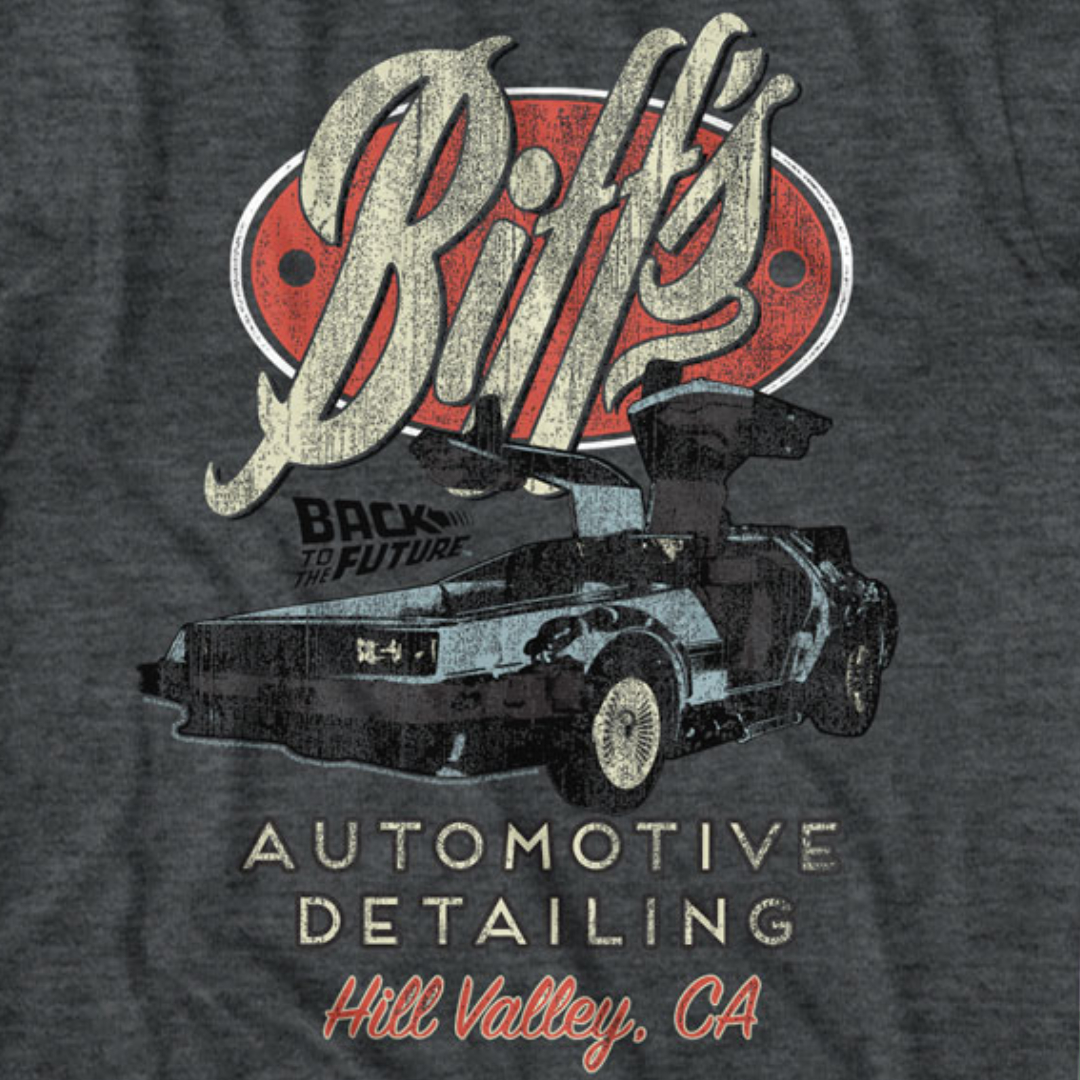 Get your head in the right space by wearing this awesome Biff's Auto Detailing shirt while you chow down on some popcorn! 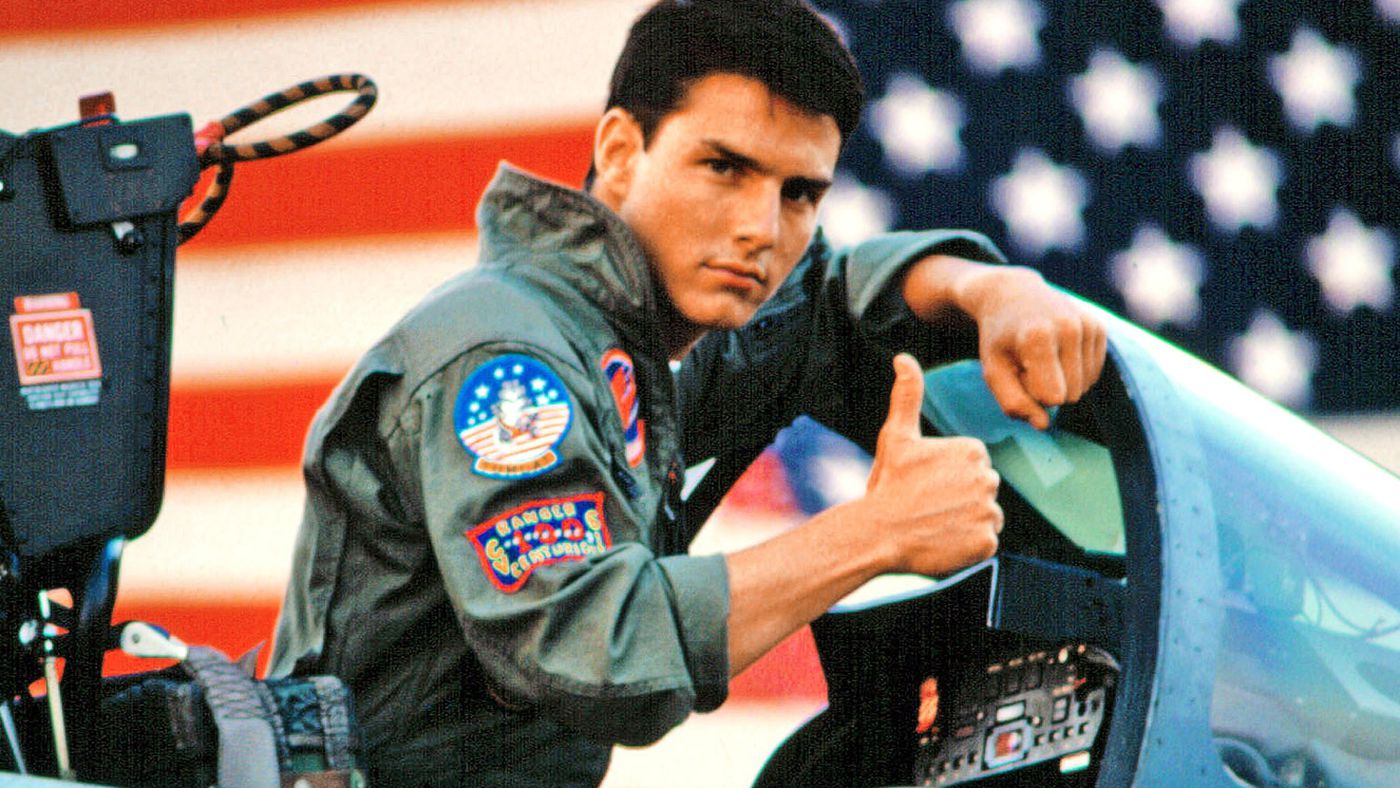 Yes, we know it’s two movies, not one, but since they both feature a young Tom Cruise, we had to mention both. Risky Business is extremely entertaining; the story being around a young studious man falling for a call girl who wants to turn his family home into a brothel for the night. When the parents are out of town, angsty teens will do some interesting stuff. Top Gun features a young Tom Cruise as Maverick, who is training to be a fighter pilot and has some life lessons to learn before he can become the top of his class. Pre-Scientology Tom Cruise is easy on the eyes, has some amazing one liners and is an unforgettable start to a Tom Cruise movie-marathon, featuring this all-American boy. Don’t forget to check out Cocktail, Rain Man, and our other personal favourite, The Firm. 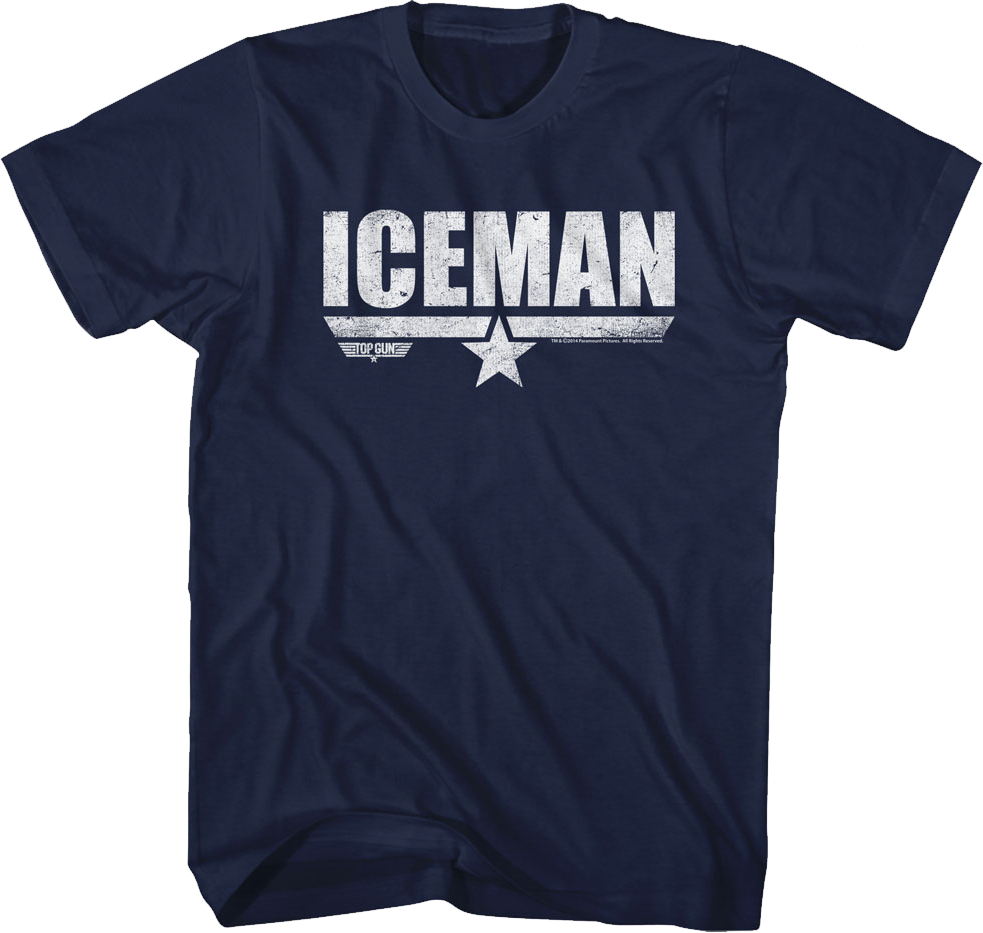 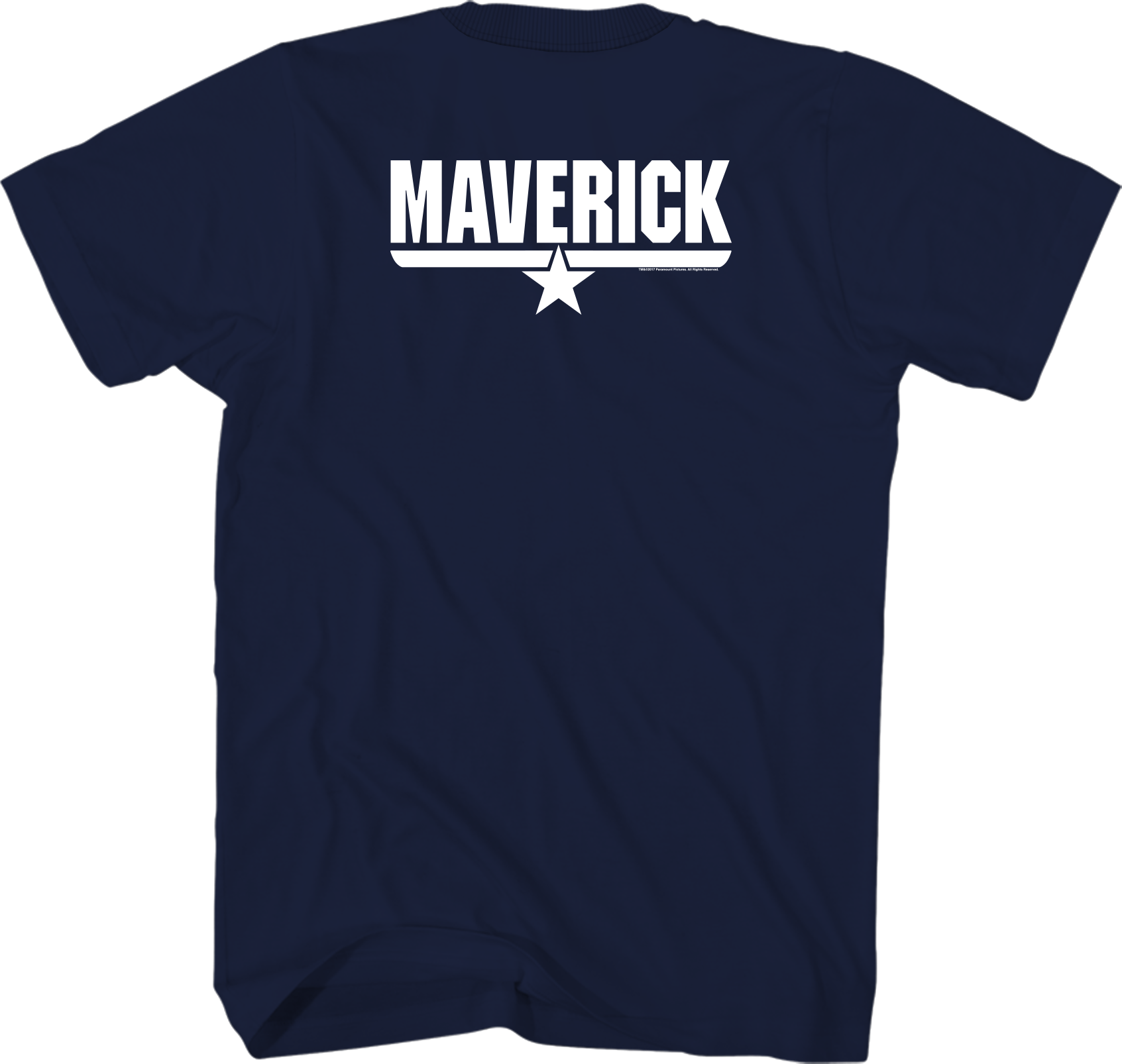 Are you Team Iceman, or Team Maverick? 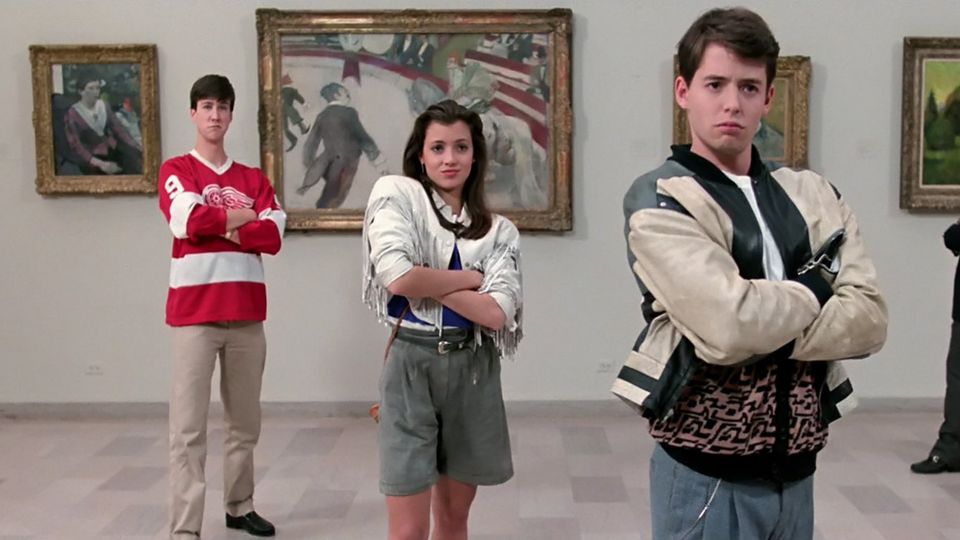 We all remember Ferris Bueller, a savvy and resourceful teenager (Matthew Broderick) who manages to outsmarts his mom and dad so he can stay at home from school; later to convince his friend and girlfriend to join him on his school free day. The lack of responsibility allows for great laughs and pranks throughout the film but unlike in real life, Bueller never faces any consequences for his actions. Everything about this movie is fun and games but also a lesson that can be learned. What is the reality of defying authority figures like mom and dad or even teachers? 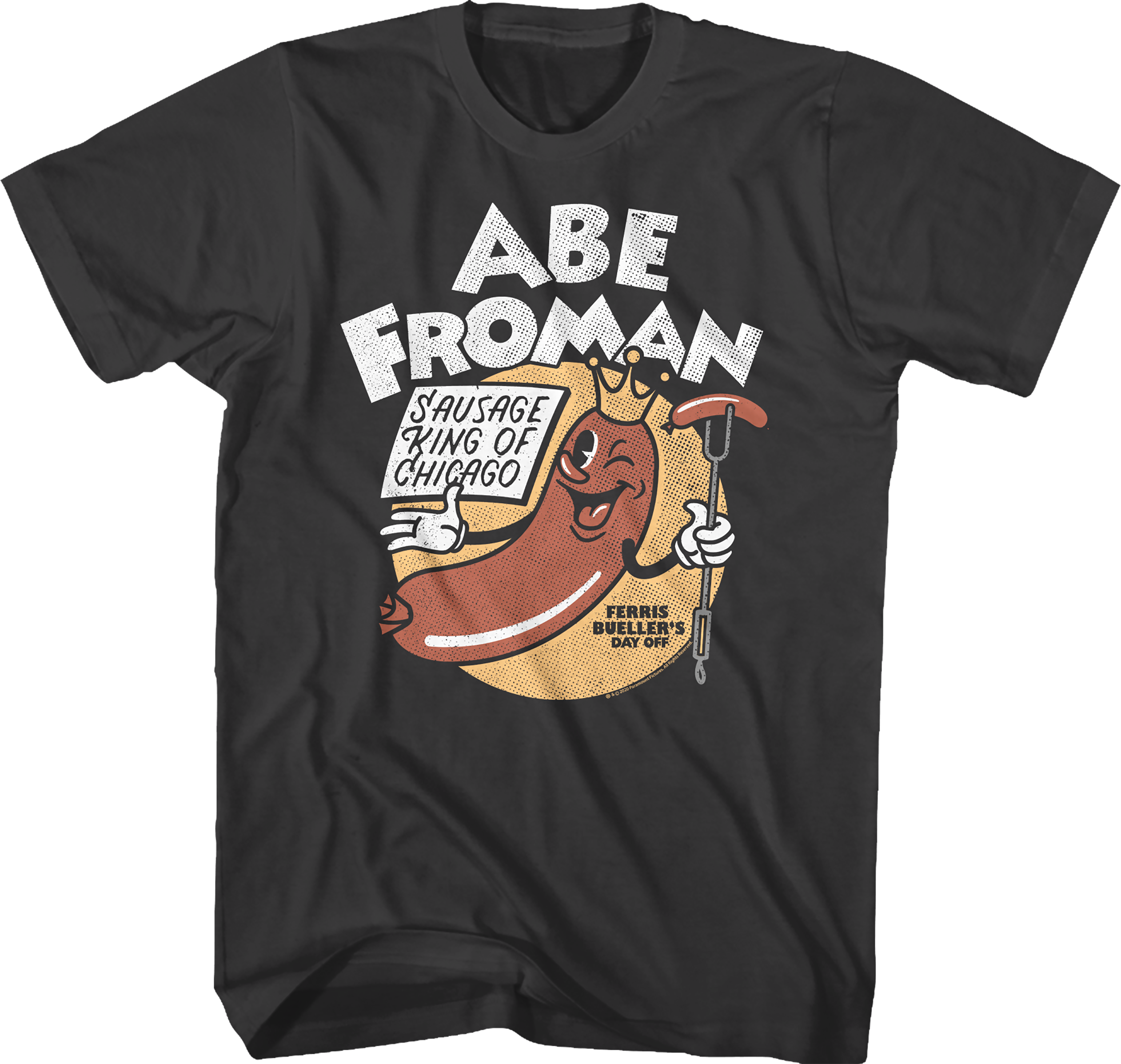 Catch the attention of other Buellerites by sporting this really subtle Abe Froman tee! 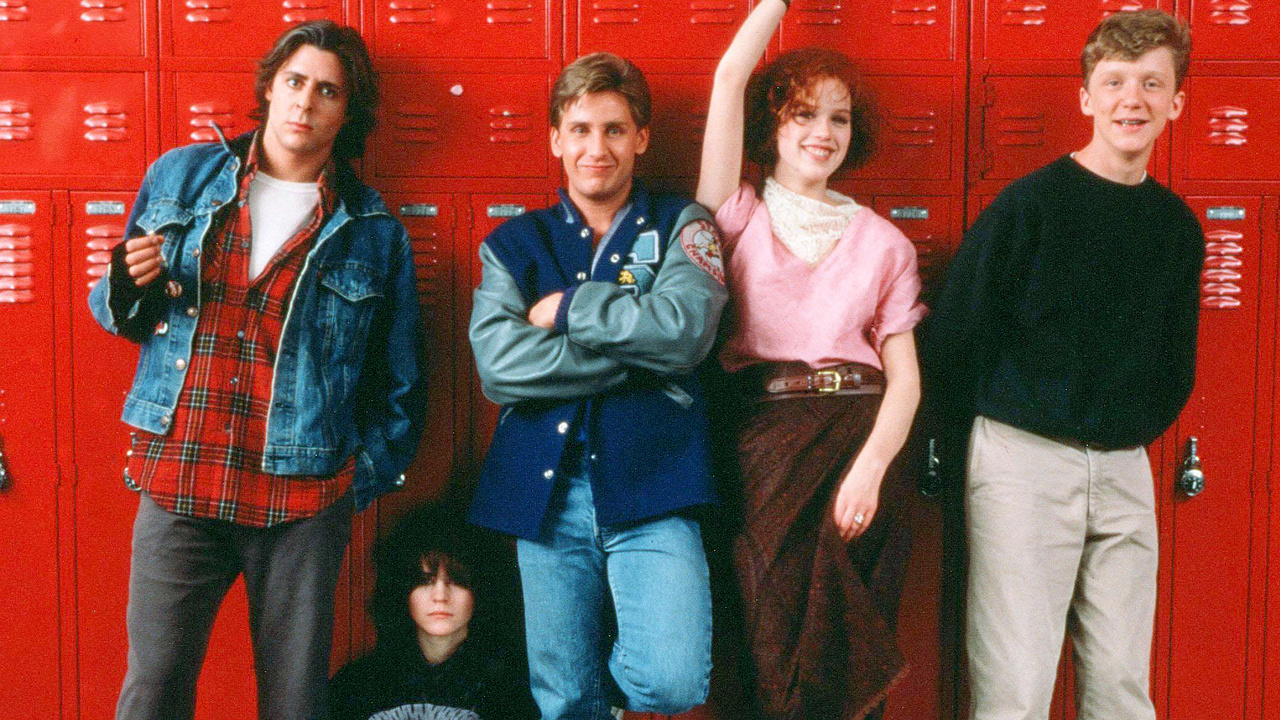 This film is known for it’s edgy representation of teen struggles of suicide, depression, social alienation, sex, physical and emotional abuse. The five unforgettable high schoolers; who begin their Saturday dreading the nine hours of detention that awaits them, unexpectedly leave as friends. Although they come from different social circles their time together allowed them to discover that they have more in common than previously thought. These iconic relationships also demonstrated how breaking down stereotypes and social barriers as a way to understand and communicate better with others. Deep down, as your family will learn -- we're all pretty bizarre. 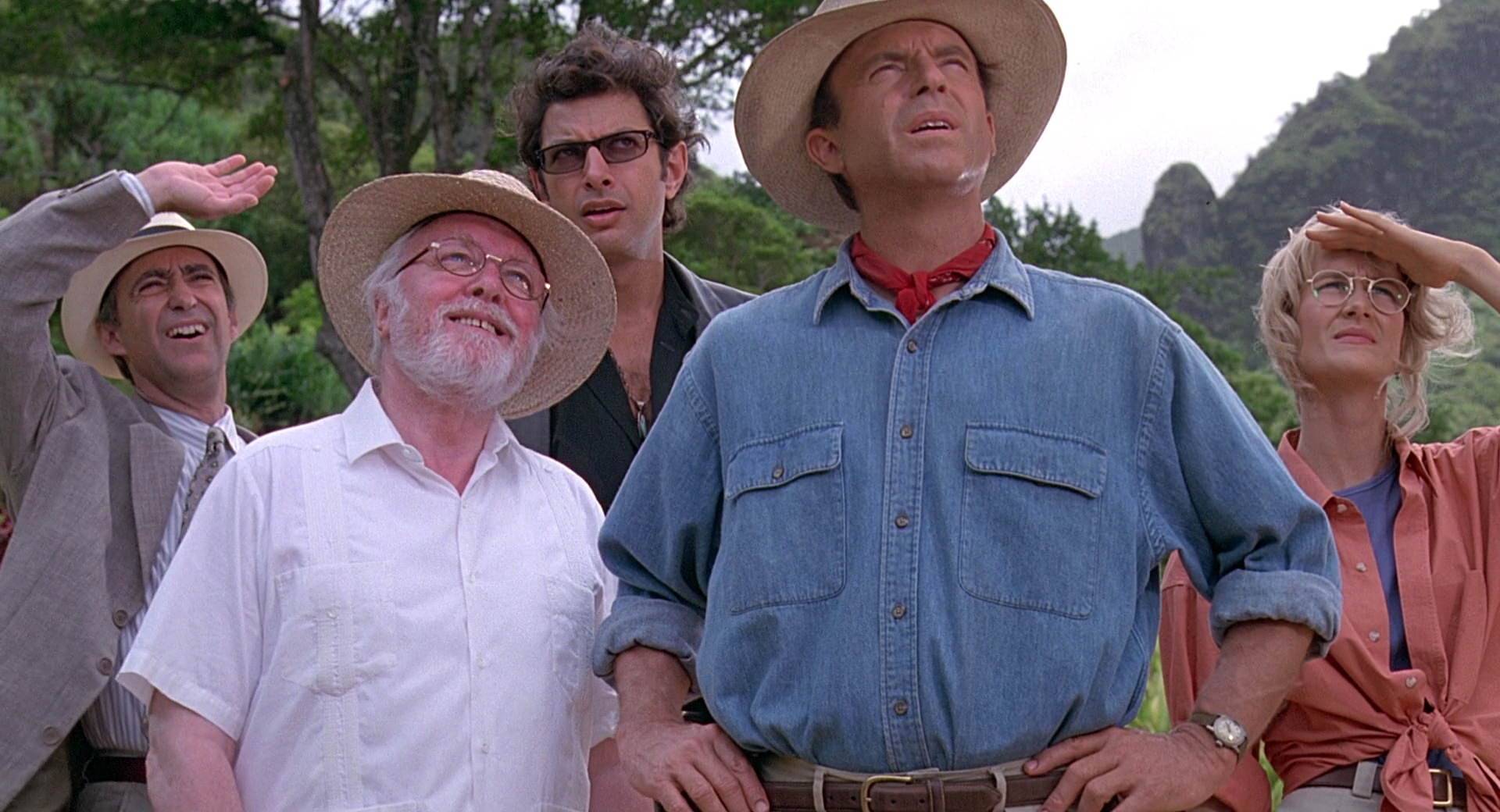 The visual effects in the original three might be a little different from what your kids are used to seeing on the big screen, but you’ll be amazed how well they hold up – even if you have to remind them that the film technology back then was the latest and greatest when it first came out. No more stop-motion or incomplete shots; the animatronics and digital effects have changed the game. Still, the excitement and fantasy of dinosaurs living among humans is a terrifying dream only some of us wish was real. If you’re looking to add suspense and thrills to movie night, Jurassic Park should definitely be on your list. And who could forget about this cute little guy from the explainer video? 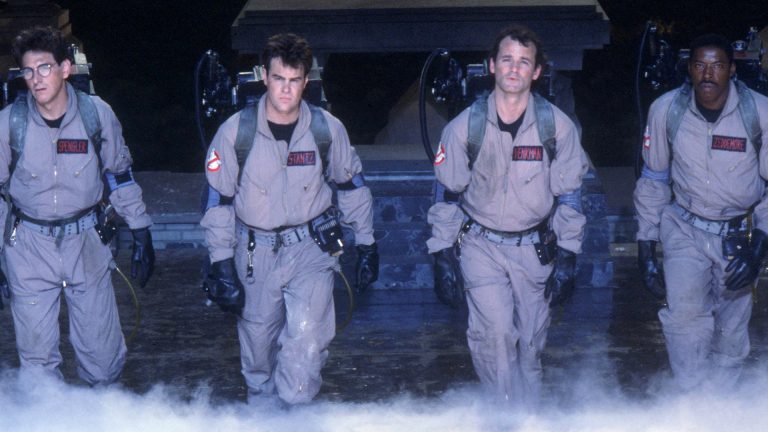 Of course this was going to be on the list! Even though Ghostbusters might fall under the “Halloween” themed movies, it’s still a hilarious supernatural comedy that will forever be timeless. Nothing can beat fighting ghosts with lasers. But the cherry on top was the unbeatable ghostbusting team of Bill Murray, Dan Aykroyd, Harold Ramis, Ernie Hudson, and Rick Moranis. The unmatched creativity of turning the cutesy Stay Puft Marshmallow Man into a Godzilla-type villain for the movies is another staple character of the franchise. And no one can forget the iconic theme song, so the film's soundtrack itself is also owed some recognition. It’s pretty much universal that this movie is great for the family to watch together and enjoy. Here's the cheat sheet to prepare your family! 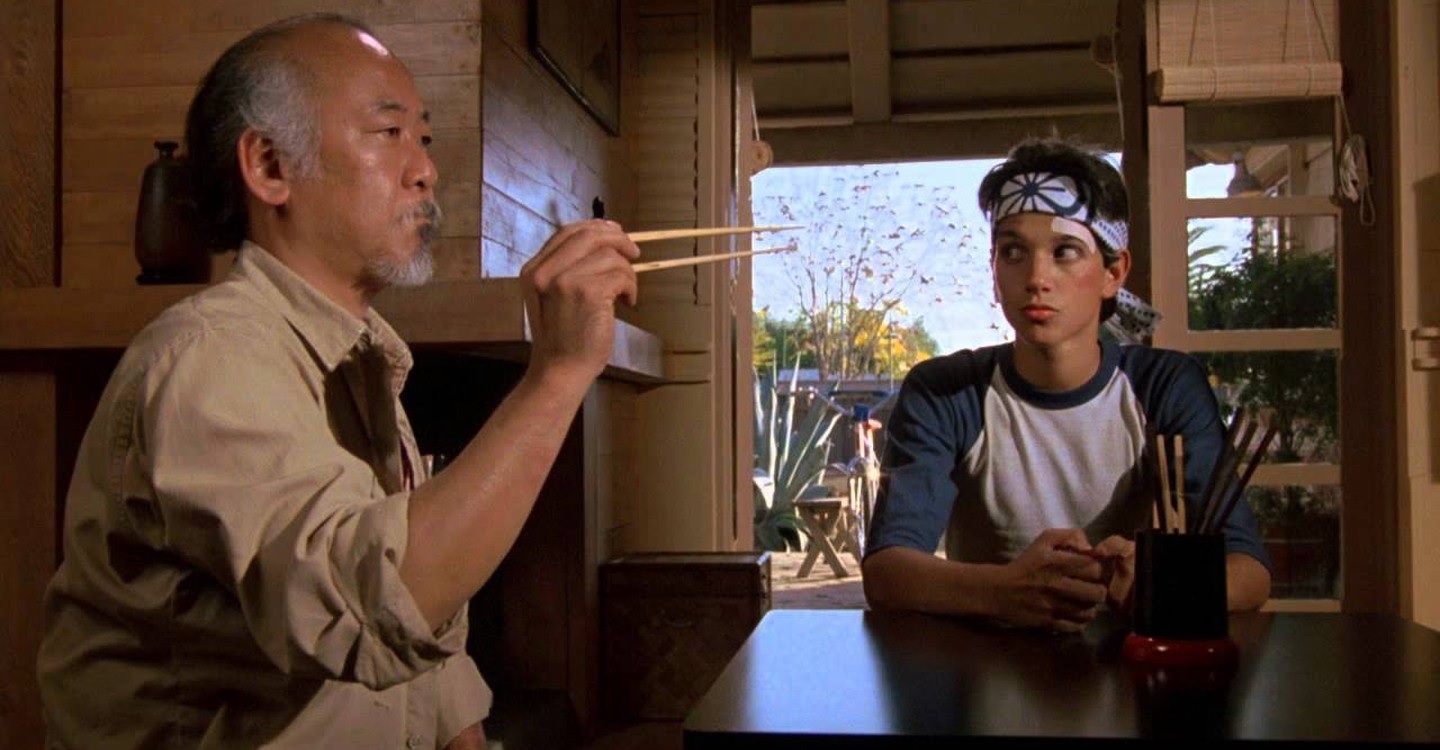 We always love a good feel good movie like Rocky; with a great underdog storyline and lots of action, well there’s a kid version, Karate Kid. John G. Avildsen who also directed Rocky and is well known for his dramatics and visions, also directed Karate Kid, giving the movie its climatic fight scene similarly to other his classics. In addition to the action scenes, the theme of the movie also helps teach the value of dedication, commitment and honor. As the unlikely friendship between a young teen and janitor continues to grow, the protagonist Daniel becomes more equipit to deal with his school bully. Other topics that are addressed in the movie are, physical violence, healthy methods to channeling frustration or anger and how to adapt to change. Here's a little help to get your mind in the dojo.

Bonus: If the family likes the original, there's plenty more where that came from. The Karate Kid spawned three sequels, an animated series, a 2010 remake starring Jackie Chan and Jaden Smith, and a Netflix TV reboot featuring the original cast now going into its fourth season: Cobra Kai. 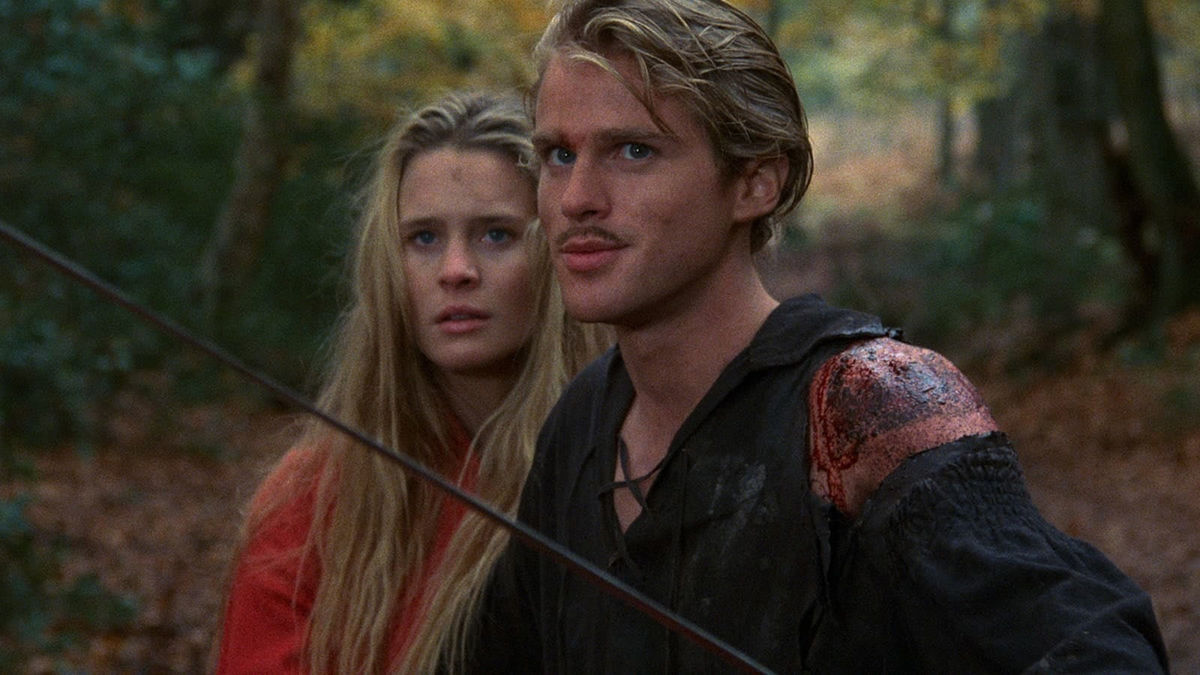 As you wish, we have our final recommendation for this article, which is The Princess Bride. We love how this movie is used to poke fun at adventure stories by including fictional details like giants and screaming eels. The funny and romantic parts of the plot are accompanied by swashbuckling pirates and sword fights. It's romantic and quirky, clever, weird and magical. If you and your teens are fans of the Pirates of the Caribbean franchise you may be surprised to know that the fight choreographer, Bob Anderson first worked on the Princess Bride, which later inspired the production of the first Pirates movie. Overall the film is well known for being sincere but not too serious, a balance most movies have a difficult time achieving. It will forever be a great movie for the big and small screen, and even a great bonding film for your Mawidge.

Did we miss anything? Follow Daddy's Digest on social media @daddys.digest and leave us a comment with your classic 80s and 90s movie picks!

If you liked any of the retro t-shirts we tagged to match, go ahead and grab yourself (or the whole family) some with 25% off using discount code 'DDTees25'! 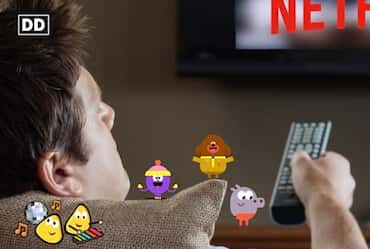 Kids' TV vs. Adult's TV
It’s something I’ve struggled with for quite some time but I can’t keep it quiet any longer. 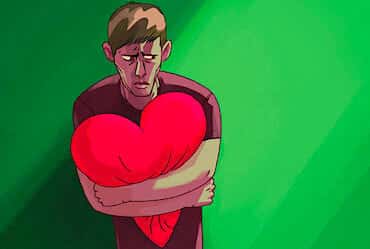 Help Your Teen Define a Healthy Relationship
While there may be cultural barriers, keeping an open dialogue is key to helping them take the right decision. 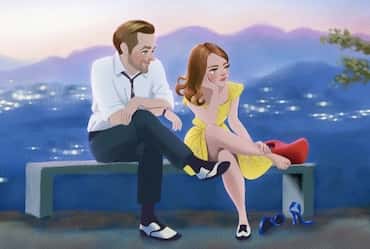 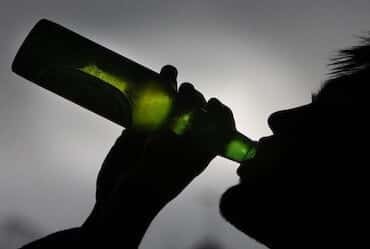 Talking to Your Teenager About Alcohol
This is a very normal part of growing up, but it's important to avoid potential risks and talk to your child. 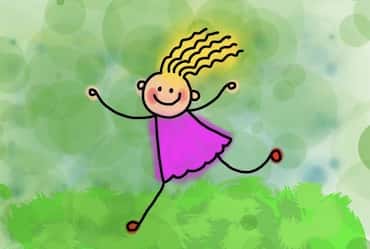 The Importance of Physical Activity for Kids & Teens
In addition to diet and sleep, physical activity is the cornerstone of a healthy life. 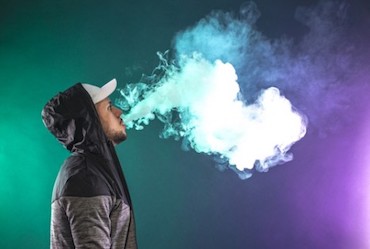 The Epidemic of Teen Vaping
School Health Officials Say Students "Microdose" All Day and Many Don't Realize the Chemicals in the Devices. 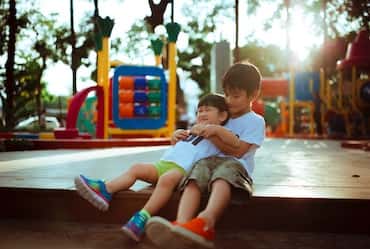 Do I Love my Children the Same?
I don’t. I am honest and open about it. 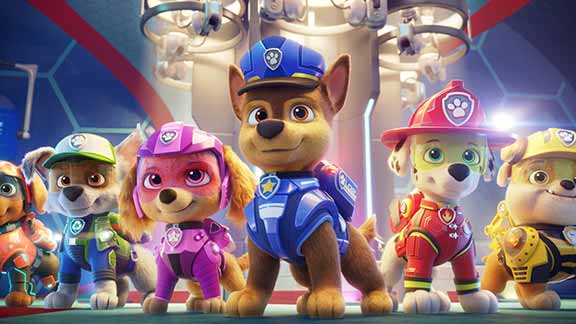